Jakub Kiwior’s arrival at Arsenal could be of huge significance to William Saliba and not solely because they are in line to be central defensive partners in the near future.

The 22-year-old was in attendance at the Emirates Stadium on Sunday afternoon to watch the Frenchman, Gabriel Magalhaes and eventually Rob Holding help the Gunners overcome Manchester United and just over 24 hours later it was announced that they are all now teammates.

“Jakub Kiwior has joined us from Spezia Calcio on a long-term contract,” a statement via the club’s official website reads. “The 22-year-old Polish international defender, who made 43 appearances during his time with the Italian side, was part of the national team squad at the recent FIFA World Cup in Qatar.”

Now that Kiwior has officially completed his move to north London, supporters will be looking forward to seeing the newest defensive recruit in action and that could come as soon as Friday night when the Gunners face Manchester City away from home in the fourth round of the FA Cup.

Perhaps just as important as the signing was finding out what shirt number the Poland international would be wearing and it’s been confirmed that he will have number 15 – last worn by Ainsley Maitland-Niles who is currently spending the season on loan at Southampton – on his back.

This decision also means that Saliba remains on course to get what seems to be his favoured shirt number in a few months time. Previously the defender posted an image on Instagram of his new Nike trainers which had ‘WS2’ imprinted on them and he also wore no.2 on his debut for the France national team last March when he replaced Raphael Varane in a friendly against Ivory Coast.

Upon reporting for pre-season training back in July, the Frenchman seemingly confirmed that he would be wearing the no. 2 shirt for the 2022/23 campaign. Now, this particular squad number technically was not available before Arsenal faced Crystal Palace in the Premier League opener on August 5.

And, as per Premier League rules, because he strutted out at Selhurst Park wearing number 12, he can not change his squad number until next season: ‘While he remains with the Club a Player will retain his shirt number throughout the Season for which it was allocated,’ a statement reads.

The good news for Saliba is that the Arsenal number 2 shirt became vacant on transfer deadline day in the summer when Hector Bellerin sealed a permanent transfer to Barcelona.

So with Kiwior and Trossard choosing number 15 and 19 respectively after joining the club in recent days, unless the number 2 shirt is handed to another player within the next couple of months, then a change could be on the cards for Saliba heading into the 2023/24 campaign. 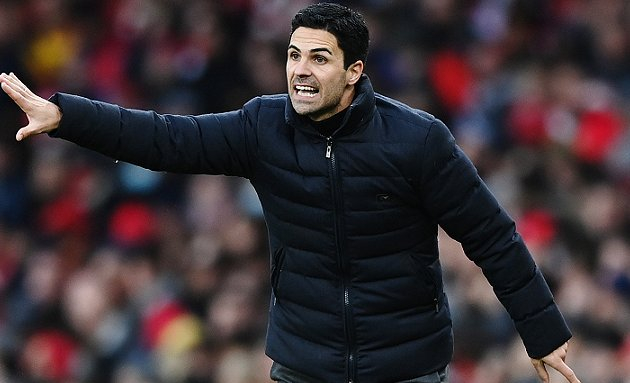