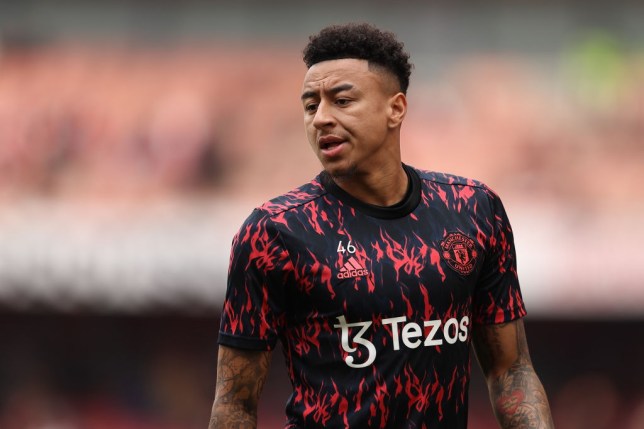 Jesse Lingard is a free agent this summer (Picture: Getty)

West Ham are interested in signing Manchester United’s Jesse Lingard on a free transfer this summer.

Lingard, 29, is out of contract at Old Trafford and will not be putting pen to paper on a new deal.

The Englishman hardly played for United this season, making just 16 appearances in the Premier League.

However, according to Sky Sports, West Ham have made initial enquiries to Lingard’s representatives over a summer move.

Hammers boss David Moyes will be keen to secure the signing of Lingard who performed well in east London during a loan spell last year, when he scored nine goals in 16 matches.

Roma are also in contention to sign Lingard, with manager Jose Mourinho keen to link up with his former player who he coached between 2016 and 2018.

Newcastle, meanwhile, were interested in signing the versatile midfielder in January but they are unlikely to revive their interest this summer.

Lingard is hoping a fresh start could see him return to Gareth Southgate’s England squad ahead of the World Cup in Qatar in November.

In recent years, he has fallen out-of-favour at United and has made just 25 appearances in the last two seasons.

Lingard was with the Manchester giants for over 20 years, having come through the club’s academy from the age of seven.

However, he ended his time with the Red Devils on a sour note after his brother hit out at the club for not giving the midfielder a send-off at Old Trafford.

In his time with United, he made 232 appearances and scored 35 goals, while winning the Europa League, League Cup and FA Cup.