Klopp guided Liverpool to second in the Premier League in the 2021-22 season, finishing just a point behind Pep Guardiola’s Manchester City.

The Reds also won the League Cup and the FA Cup and will hope to seal a cup treble when they face Real Madrid in the Champions League final this weekend.

Klopp won the League Managers Association Manager of the Year award, which is voted for by the full membership of managers across all the divisions.

Ferguson, who won the LMA Manager of the Year award five times during his illustrious career with United, was at the ceremony to present this season’s prize to the Liverpool boss.

After handing the trophy over, he then stepped aside to allow Klopp to have his photo taken with the trophy and England manager Gareth Southgate.

But the German, who was also named the Premier League Manager of the Season, insisted that he shared the precious moment with Ferguson by pulling him back into the shot for the celebratory images.

“It is a great honour and it was an insane season,” Klopp said at the ceremony. “The last matchday when only two games were meaningless and in the rest, we all played for absolutely everything.

“It was not the best outcome for us, but we are already over it. When you win a prize like this you are either a genius or you have the best coaching staff in the world – and I am here with all of my coaching staff, they know how much I appreciate them.”

KLOPP PULLED FERGIE BACK IN FOR THE PHOTO 😭😭😭😭 pic.twitter.com/w2CYPpfNFQ Liverpool FC Ibrahima Konate has revealed his determination to feature at the forthcoming World Cup - while claiming he could end his career at Liverpool. Konate was on the bench for the Reds in their Champions League win… 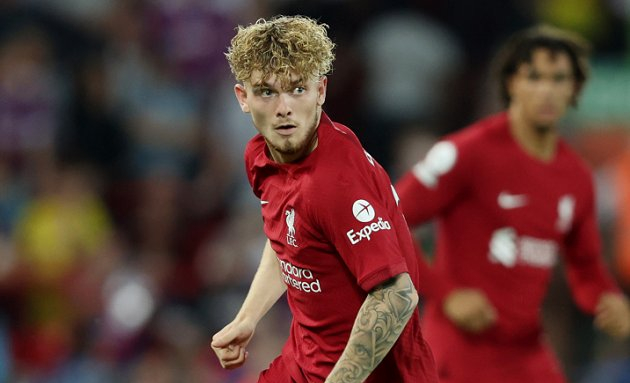 Liverpool youjngster Elliott: Salah so important in my development

Tribal FootballLiverpool star Harvey Elliott says that he is no longer an inexperienced kid in the squad. The midfielder has been involved in seven of the past 10 matches for the club in all competitions this season. He was… Liverpool FC When Diogo Jota arrived at Liverpool just over two years ago, his versatility was lauded as a key factor behind his surprise purchase from Wolverhampton Wanderers. "I like to be on the field, no matter which…