Aston Villa’s rise under Unai Emery continued with a 2-1 win over a luckless Leeds at Villa Park on Saturday (AEDT).

Leon Bailey and Emi Buendia struck early in either half as Villa bounced back from a shock FA Cup exit to League Two Stevenage last weekend.

The visitors were left to rue a host of wasted chances, the first of which led to the opening goal as Marc Roca failed to connect when unmarked from a corner.

Villa rapidly broke clear on the counter-attack and Boubacar Kamara teed up Bailey to curl into the top corner after just three minutes.

Thereafter, Leeds dominated the first half but a combination of poor finishing, fortune and the inspired form of Emiliano Martinez in the Villa goal kept them at bay. 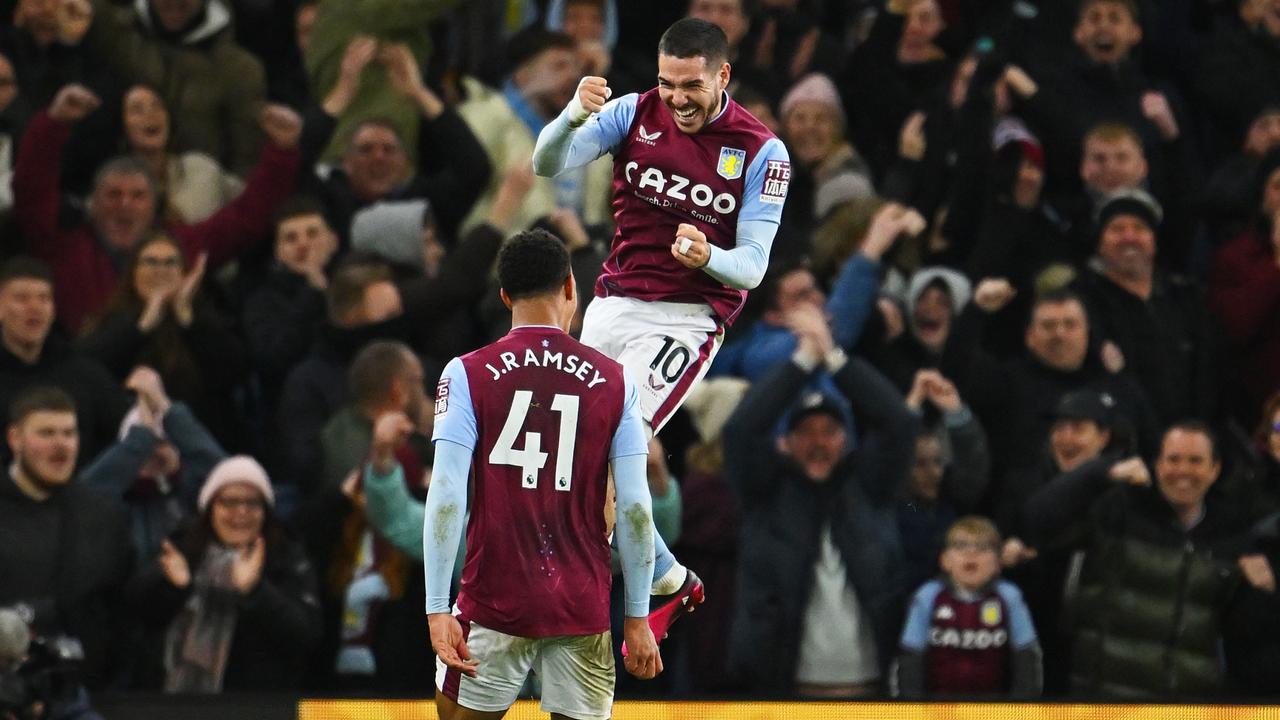 ‘A lot of talent there’: Hearts boss delighted as Kuol’s next move made official

Rodrigo did evade the Argentine World Cup winner, but his goalbound effort was cleared off the line by Villa debutant Alex Moreno.

Jack Harrison seemed certain to equalise when he stormed in to meet Luke Ayling’s cross at the back post only to be denied by a stunning reaction save from Martinez.

Rodrigo finally did have the ball in the Villa net in first-half stoppage time, but the Spaniard had strayed fractionally offside in the build-up to the goal.

Tribal FootballBenfica coach Roger Schmidt says they'll be fine after the sale of Enzo Fernandez to Chelsea. As the two boards were haggling over Fernandez's €120m fee, Benfica were defeating Arouca last night…