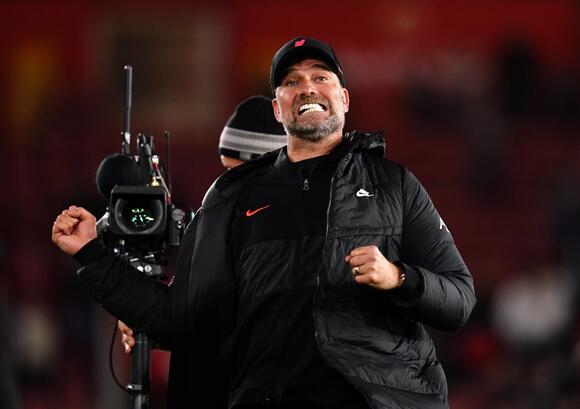 The German is overseeing an amazing season at Liverpool where they have already won both domestic cups, missed out on the Premier League by a single point on the final day, and face Real Madrid in the Champions League final on Saturday.

LMA Manager Of The Year

The 54-year-old was awarded the Sir Alex Ferguson trophy which was presented to him by the man himself.

The award is voted for by the full membership of managers across all four English leagues and the Scot admitted as a former Manchester United manager it was not easy handing the trophy to the Liverpool boss.

“This is agony, absolute agony!”

Ferguson had met Klopp several years ago and advised him to ‘ go to a club with history’ and the Premier League’s most successful manager is now regretting those comments.

“I should have told him to go to Scunthorpe United.”

The German responded in a typical charismatic fashion but it’s clear there is a healthy respect between the two.

“I couldn’t understand anything he said… I’ve improved through working with Robbo and Kenny.”