Red and white all over: The stories behind Real Madrid and Liverpool’s colours

Two of Europe’s most iconic clubs will go head to head in the Champions League final, with the game also a clash of two legendary kits

This weekend, two members of European football royalty will go head to head in Paris.

In one corner is Real Madrid, already the most successful Champions League team ever, with 13 European Cups to their name.

In the opposite corner is Liverpool, themselves six-times champions.

As well as pitting two of the continent’s biggest teams against each other, the game also sees two of Europe’s most iconic home kits face off.

Real Madrid’s all-white is an integral part of the club’s identity, and has spawned at least three nicknames: “La Casa Blanca” (The White House), “Los Blancos” (The Whites) and “Los Merengues” (The, er, Meringues).

For almost the entirety of Madrid’s 120-year history, this has been the kit worn by the club, and can trace its roots back to an unconventional football team in late 19th-century London. 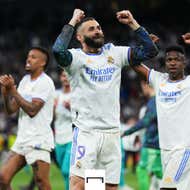 Corinthian FC variously called The Oval, Crystal Palace and Queen’s Club their home ground, and played the game according to a set of distinct principles. The so-called “Corinthian Spirit” was described as a focus on “sportsmanship, fair play, playing for the love of the game,” and was the team’s guiding light.

Corinthian didn’t compete for trophies or cash prizes, and arguably the purest embodiment of this spirit was the team’s approach to penalties, which saw Corinthian’s players deliberately miss, or allow the opponent to score unobstructed.

Real Madrid founder Arthur Johnson is often alleged to have turned out for Corinthian in his earlier days, although no proof of that exists. Instead, it is widely believed that Johnson identified with the club’s ethos of sportsmanship.

While the Corinthian-related origins of the white jersey are disputed, the London club definitely played a role in Madrid’s one and only deviation from its all-white colors.

Back in the mid-1920s, Madrid players Patricio Escobal and Felix Quesada visited London and watched Corinthian play. They, too, admired the club’s vision – although their views on the penalty debacle are unrecorded – and took inspiration back to Spain.

To replicate Corinthian’s enviable ethos, Real Madrid would replicate its kit, with a white shirt paired with black shorts. The change was made, and the team sported their new kit in an important cup tie against Barcelona. The first leg, at home in Madrid, saw the Catalans win 5-1, before Barcelona triumphed 2-0 at home to complete the humiliation.

Almost as quickly as Escobal and Quesada’s idea had been implemented, the black shorts were scrapped and Real Madrid returned to all-white. The club’s president, Pedro Parages, declared that the kit change had brought bad luck, and that the all-white should be a constant.

It’s been almost a century since, and Real Madrid kits have come and gone – including everything from bright pink away kits to Yohji Yamamoto dragons – but the white has never changed. It’s the colour worn by Di Stefano, Raul, Zidane, Ronaldo, the other Ronaldo and more, as Los Blancos became the most successful club ever.

We’ll never know if the black shorts really were all that held the back in 1925, but they’ve done alright since they scrapped them! 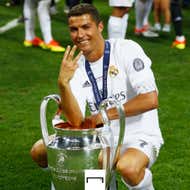 Liverpool’s journey to its full red kit was a little different. The origins of the club are well known, and its original home colours of blue and white reflected its separation from Everton.

That didn’t last long, though, and by 1896 the club had adopted the city’s colour, with a red shirt paired with white socks becoming a mainstay for the club.

That lasted until 1964. Bill Shankly, who transformed the club into a powerhouse, also changed its colours when he suggested they try out an all-red design.

Ian St John, the legendary Liverpool striker from that team, said that Shankly had wanted the kits to have a “psychological effect.” In his autobiography, St John described the idea as “red for danger, red for power,” as Shankly asked Ron Yeats to try on the new kit. “Christ, Ronnie, you look awesome, terrifying,” the manager apparently said. “You look 7 foot tall.”<...