For the second time in two matches, Barcelona got the better of arch-rivals Real Madrid on Saturday.

The clash in Las Vegas was fiercely competitive and saw a battle of emotions and passion on the field. In the end, the two sides were only separated by a stunning strike from Raphinha in the first half.

Over the ninety minutes, it became strikingly clear that El Clasico can never be friendly. Despite there not being anything at stake, both teams played as if it were their last.

Reckless challenges, arguments and clashes headlined the game alongside the high-quality football. If not for Thibaut Courtois, the Catalans could have had at least four goals to their name.

Three games into preseason and Barcelona are undefeated. There are plenty of positives to take away from the Blaugranas performance, for no player had a poor performance, and on that note, we run the rule over Xavi’s men.

The German international participated in the opening 60 minutes of the game and was relatively solid on the field.

His distribution was on point on the night and he barely misplayed a pass. However, Real Madrid did not record a single shot on target in the 90 minutes, meaning that he was barely tested at Allegiant Arena.

The Uruguayan has carved a reputation for being a monster on the field over the past year, and he did not disappoint against Real Madrid.

Araujo pocketed Vinicius Jr throughout the game and barely gave the Brazilian space to breathe. One could argue that he is not just Barcelona’s best centre-back but right back too.

The new signing started his first El Clasico on the night and put up a strong show. Christensen was calm-headed and solid in his play and did not hesitate to make the occasional vertical or lobbed pass.

The Spanish international led the Blaugrana defence in the absence of Gerard Pique. In combination with Christensen, Garcia ensured that Eden Hazard was kept silenced in front of thousands of Real Madrid fans.

It was an important performance even on a personal level for Garcia, given the impact of Jules Kounde’s imminent arrival on his game-time.

Alba was a constant menace down the left flank in the opening half and showed why he is indispensable to Xavi’s setup. His linkup with Ansu Fati and Pedri helped the team manoeuvre through the Real Madrid midfield time and time again.

He walked out of the dressing room with his usual tenacity and work rate and was indispensable for the team’s relentless pressing.

The veteran midfielder used his experience to outplay Los Blancos’ inexperienced midfield in the first half. He was at the heart of every Catalan build-up and impeccable in defence.

At this point, it is accepted that the Canary Islander is mature well beyond his years. The youngster had his moments of brilliance, especially when he created a clear chance for Ansu Fati with his presence of mind. 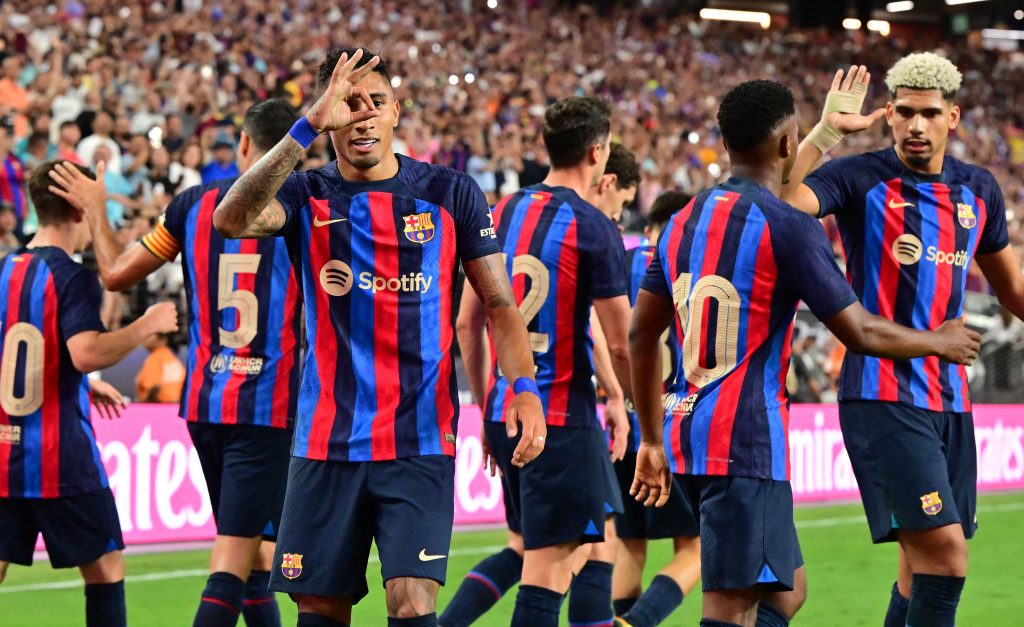 In 90 minutes for Barcelona in the preseason, the Brazilian has already scored two goals and provided two assists. Against Real Madrid, it was his wonder strike that sealed the game. When the ball fell at his feet outside the box in the 26th minute, Raphinha smashed the ball past a helpless Courtois right into the top corner.

The Polish international made his debut for Barcelona in the Clasico and his hunger for goals was visible from the first minute.

He outplayed and even outran Madrid’s defence time and again and was on the constant lookout for a chance to shoot. His hunger for goals will undoubtedly be a big factor in Barcelona’s success this season.

The youngster showed his return to fitness with a relentless 45-minute display at Allegiant Arena. Fati had a clear chance to score in the opening half, but his effort went agonizingly wide. Overall, a positive show.

Dembele came on in the second half and fired in crosses tirelessly. However, he was unable to create many clear-cut chances. 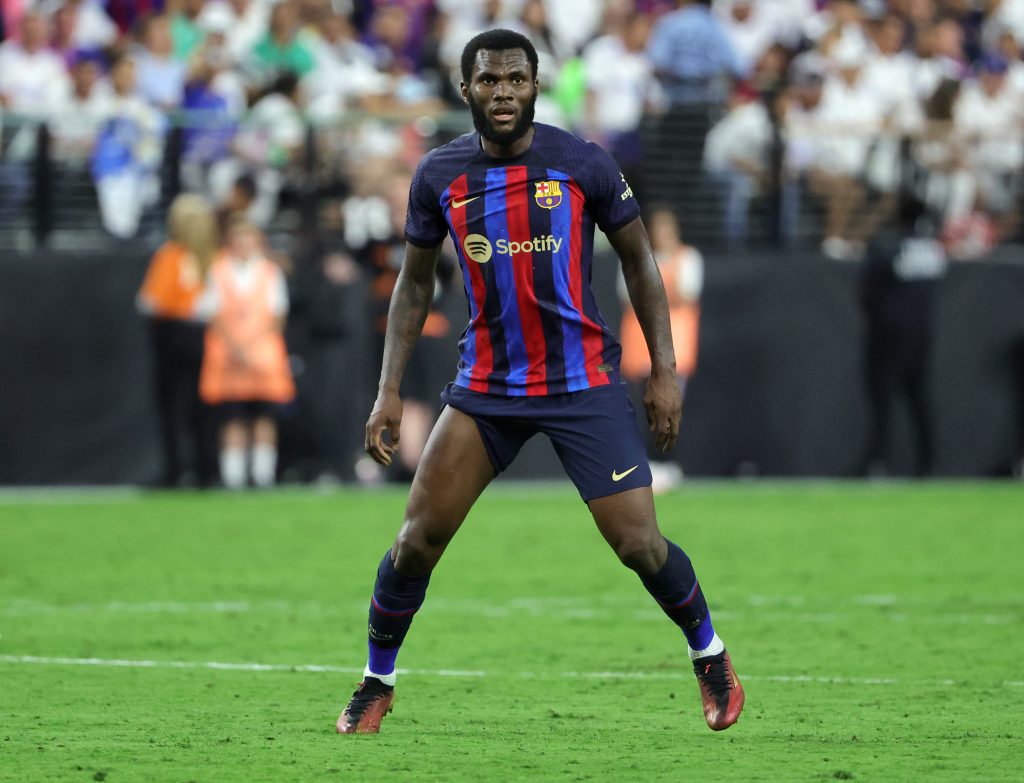 Kessie could well turn out to be the Catalans’ best signing of the window. The former AC Milan player was everywhere on the night, winning tackles, making runs into the box and creating chances.

Aubameyang had a relatively silent game on the night. The Gabonese striker will have to up his game if he is to compete with Lewandowski for a starting spot.

For the second successive game, de Jong played as a centre-back. Yet, he played well in the foreign position and showed good composure under pressure. Moreover, he created several chances in the final ten minutes with his forward runs.

If Balde can stay fit, Barcelona need not look too far to fi…