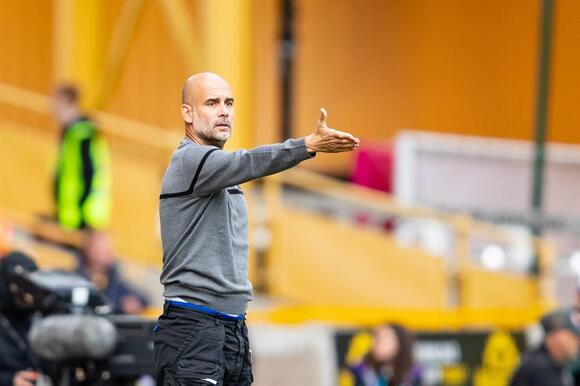 The Premier League is back in full after a patchy few weeks subsequently before an international break. Let’s have a look at the matches to look forward to this weekend!

The weekend’s action kicks off at the Emirates Stadium as Arsenal take on Tottenham Hotspur. The North London derby with seemingly everything to play for. Both sides will be looking to finish in the top four this season.

Arsenal have had a good start and sit 1st in the table, Tottenham are a few places below the Gunners but are still unbeaten. I fancy Antonio Conte to be the happier man coming out of this game. I’m going for a rare win for Tottenham at the Emirates.

Tough game to call at the Vitality Stadium, Brentford are in decent form and have started the season well. On the other hand, Bournemouth have been able to recover somewhat since their 9-0 trouncing at Anfield a few weeks ago.

The visitors have the stronger starting eleven on paper and I’m backing the Bees to collect all three points from this game.

Selhurst Park is a tricky place to go, and with Chelsea not in the best of form which has seen them subsequently sack their manager Thomas Tuchel, it won’t be easy for new manager Graham Potter to there and walk away with all three points.

That said, Chelsea are the better side on paper, and I think Raheem Sterling could be crucial to a win for the Blues in South London – and I believe they’ll get it.

Not many would have predicted the incredible start to the season that Fulham have had on their return to the Premier League, as the Cottagers currently sit 6th in the table.

Their opponents, Newcastle, are a strange side to figure out this season. There’s a gradual improvement that can be seen on the pitch, but they still lack that cutting edge. Alexander Isak could prove to be the difference maker in this game, but I’m going for an entertaining draw.

Liverpool’s last outing in the Premier League was a 0-0 draw in the Merseyside derby against Everton. Jurgen Klopp’s side have won just two out of their first six games and need to find momentum to kickstart their campaign.

Brighton & Hove Albion have a new boss, Roberto De Zerbi, and he will hope to get off to a good start in charge of the Seagulls. It’s a tough first test for the new man, and I don’t think he’ll find his first points as Brighton manager at Anfield.

Everton picked up their first win of the season against West Ham United in their last game, moving them up to 13th in the table. Southampton are just a place below the Toffees as they lost 1-0 to Aston Villa before the international break.

This is a tough match to call, but I think Frank Lampard’s team are finally kicking into gear and I fancy them to snatch a win down on the south coast.

One of the more intense games of the weekend, to say the least. Manchester City are still unbeaten and are looking at the possibility of ending Matchweek 9 top of the table if other results go their way.

A rejuvenated Manchester United side under Erik ten Hag will hope to continue the form that has awarded the Old Trafford boss Manager of the Month for September. Manchester United are not without injuries, however, which will inevitably make supporters even more anxious heading into the game.

It’s a hard one to call, so I’m playing it safe and going boring. I reckon it’ll be a draw at the Etihad.

A few weeks ago, Steven Gerrard’s job was on the line at Aston Villa. These worries have somewhat subsided after an impressive point against Manchester City and then beating Southampton.

The tide is beginning to look like it’s turning for Aston Villa and I fancy them to get at least a point from Elland Road. Leeds United are a tricky side to figure out. Good players, but unpredictable. I once described Wolves in this way and I think it’s a similarity they both share.

It’s a humungous Monday Night Football as a depleted Brendan Rodgers takes on Nottingham Forest in a midlands derby.

Steve Cooper’s side have made plentiful additions to their squad since promotion last season, but haven’t always been able to produce the results despite spirited and often exciting performances.

I’ve got a feeling Rodgers might be able to just hang on to his job by the end of the matchweek. Monday night, under the lights, the supporters will be up for it. I’m going for a surprise Leicester City win.

Tribal FootballFormer Everton midfielder Tom Cleverley has admitted he was unsure that Richarlison would go to the very top. The Brazilian attacker is having an excellent moment at the World Cup, having scored twice in his…

Football 365Arsenal target Mykhaylo Mudryk reportedly “wants” to join the Premier League side as he has been “very impressed” by their head coach Mikel Arteta. Mudryk has consistently been linked with…

Football 365Chelsea have reportedly told their rivals that it will cost them £35m if they want to sign USA international Christian Pulisic in January. The midfielder hoped a fresh start under Graham Potter would do him…

Football 365Bruno Fernandes says it does not matter who scored Portugal’s opener in a 2-0 victory over Uruguay that secured their place in the World Cup knockout phase. It initially looked as though Cristiano Ronaldo…

Tribal FootballManchester City veteran Ilkay Gundogan says "the politics are finished" for his side in Qatar after they did not repeat their on-field protest ahead of last night's 1-1 World Cup draw with Spain.…