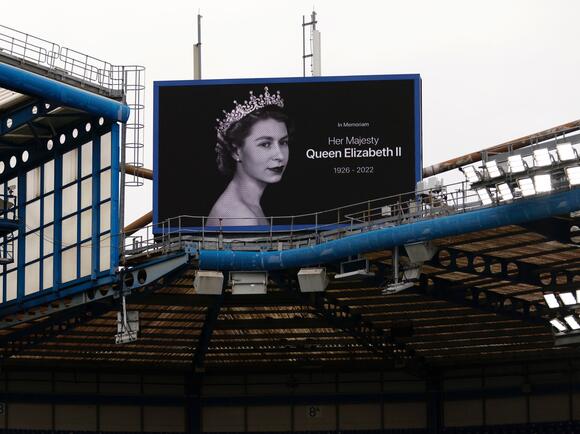 The national anthem will be played before all Premier League games this weekend, as a show of respect towards Queen Elizabeth II after her passing.

Managers will also be encouraged to wear suits, and there will be a minute’s applause at games on 70 minutes to mark the number of years of the Queen’s reign.

This weekend’s matches represent the first games being played after a criticised decision to postpone a full programme last weekend, with the Premier League wanting to be seen to pay appropriate respects to the monarch, who had also been a patron of the Football Association.

The EFL already set the way with their fixtures on Tuesday night, where the national anthem was played before every match as players also wore black armbands.

The circumstances have led to some controversy over the schedule, as some clubs will now go over a month without playing in the Premier League.

With policing stretched due to Monday’s funeral, both Chelsea vs Liverpool and Manchester United vs Leeds have been postponed, since both represent Category A games.