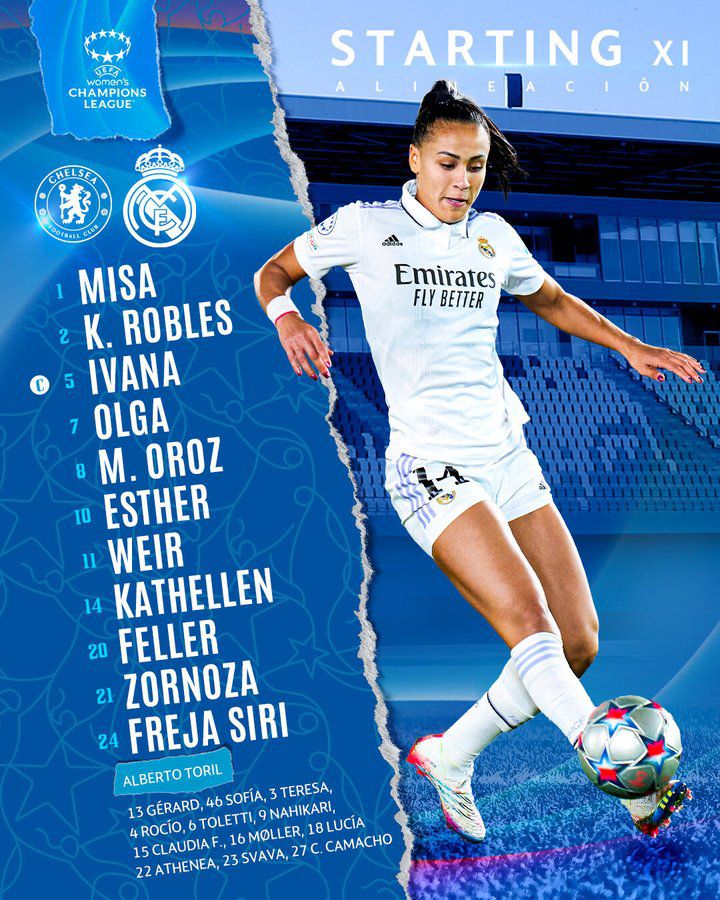 GK: Misa Rodríguez – 7/10: Made some huge saves early in the first half as Chelsea started brightly, was calm distributing the ball from the back. Nothing she could do to prevent the two goals.

RB: Kenti Robles – 6/10: Had a good battle with Guro Reiten on the right flank. Pushed forward as much as she could attacking-wise, but a few mis-controls hampered her attacking output. Solid defensively and provided some dangerous crosses

CB: Kathellen – 5/10: Another Jekyll & Hyde performance from the Brazilian. Gave the ball away twice in the zone 14 which almost became fatal for us. A lot of misplaced passes and diagonal switches but also made some good recoveries and blocks especially in the second half. Still needs to improve her on-ball decision making.

CB: Ivana Andrés – 6.5/10: A typical Ivana performance, dominant and read the game well defensively. Her distribution was not bad at all, and she largely kept Sam Kerr quiet for the majority of the game.

LB: Olga Carmona – 7/10: She was Combative and had a really good battle with Kaneryd and Charles on the left side. Was given license to patrol the left flank as Maite was playing as an inside Left winger. A solid display from her.

CDM: Freja Olofsson – 8/10: An unpopular opinion but she was our best player on the night for me. Despite her deficiencies on the ball, she was aggressive, combative and helped the game tick along by spraying short passes and relieving pressure she also imposed her physicality on the midfield. Her best game for Real Madrid so far.

CM: Claudia Zornoza – 6/10: Not back to her best yet but was still good on the ball providing outlets and trying her best to create chances. Might need some rest here and there to recharge as I feel the effects of her playing a lot of the last season are starting to show.

LW: Maite Oroz – 7.5/10: Another player who played a really good game on the ball. Neat and tidy in possession and tried to link up with Weir and Esther. Struggled slightly with the physicality though.

AM: Caroline Weir – 7/10: A rather frustrating night for the Scott as she showed commitment and energy whilst playing in her favorite no 10 role. Tried her best to offer creativity and make things happen but it wasn’t her night. Most of her attempted shots were blocked too. she provided good deliveries from set pieces.

RW: Naomie Feller – 7/10: Was very positive running at the Chelsea defense and beating Magda – the Chelsea captain – for pace on multiple occasions. A really solid performance but still needs to work on her close control and end product.

CF: Esther González – 6.5/10: Did not have much to work on, and always dropped dip in order to try and affect…