Operation Bellingham! Liverpool still hope to sign Dortmund midfielder but will need more than Gerrard’s charm offensive to pull it off

The Reds will pull out all the stops to land the England international but can they really beat Real Madrid and Manchester City to his signature?

It’s a good job Jude Bellingham is such a level-headed young man, isn’t it?

Because if he wasn’t, then the attention he’s attracting right now would be enough to create a 19-year-old with one hell of an ego.

The Borussia Dortmund star, clearly, has a big decision to make in the coming weeks and months, as Europe’s top clubs battle to secure his signature. The phrase ‘hot property’ could have been invented for this gifted, stylish midfielder.

Liverpool love him, and have made him their No.1 summer target, as Jurgen Klopp prepares to belatedly overhaul his engine room.

Real Madrid adore him, and are ready to build a new team around the England man’s talents. Manchester City want to reunite him with his old pal Erling Haaland and introduce him to a new playmate in Kevin De Bruyne, while Manchester United and Chelsea have had their eye on Bellingham for some time. United’s failure to land him ahead of Dortmund in 2020 must hurt the Old Trafford hierarchy more with each passing week.

The charm offensives are well and truly underway. ‘Operation Bellingham’, Marca called it in October, when the Spanish publication stated in a front-page splash that Real Madrid were “increasingly confident” of winning the race.

A couple of months later came a report in Sport Bild suggesting that Liverpool, in fact, were the ones at the front of the queue, with “advanced talks” having taken place and Bellingham himself leaning towards a move to Anfield.

Then last weekend came the hat-trick, with the Daily Star running a story revealing that the teenager was set to reject the offer of a new contract from Dortmund, and that it was Manchester City who were now in pole position to sign him.

All of which suggests, if nothing else, a degree of uncertainty as to the player’s intentions. GOAL’s information is that there has, for now, been little from Bellingham or his camp to suggest a decision has been made, with the former Birmingham man eager to focus his attention on the remainder of this season with Dortmund, who have work to do in the Bundesliga and have a Champions League last-16 tie against Chelsea on the horizon. 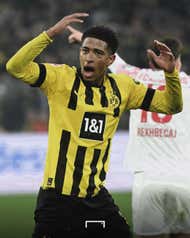 Bellingham certainly seemed undistracted on Saturday as he returned to club action with a bang, scoring his side’s first goal – and a brilliant one at that – and playing a starring role in a typically-chaotic 4-3 win over Augsburg at Signal Iduna Park.

One imagines he’d have been pretty pleased when checking his notifications afterwards, and even more so when seeing clips of one of his heroes, Steven Gerrard, talking about his talents and offering to wine and dine him in a bid to ensure he ends up at Anfield next season.

“I’m a huge fan,” said Gerrard, speaking to BT Sport ahead of Liverpool’s goalless draw with Chelsea. “I think the way he comes across, the way he speaks about the game, his performances that I’ve seen every time he impresses me.

“Liverpool lack this running number eight who can arrive in the box, can get you a goal, who’s got that power, who’s got that burst, who can step aside and really leave someone for dead. Bellingham ticks all those boxes so he’s the obvious one.

“I want him! All he needs to do is send his diary to me, when he’s got a free day. I’ll fly to Dortmund personally, take him out for a nice dinner and we’ll talk about it!”

Liverpool supporters, naturally, lapped it up, just as they did when Jordan Henderson and Trent Alexander-Arnold performed a double man-marking job on Bellingham during the World Cup.

Reports that “productive” discussions between the player and Jurgen Klopp had taken place, and that Bellingham’s father, Mark, had been offered a job as a Reds scout were similarly well-received, even if they were swiftly dismissed by Klopp.

Clearly though, Liverpool feel they have a good chance of landing him, even if Real and City seem to feel the same. 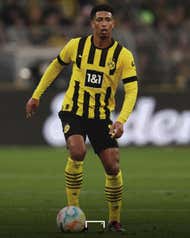 There have been no attempts, on or off the record, to play down the club’s interest, and while links with other potential targets – Matheus Nunes, Teun Koopmeiners, Moises Caicedo – have emerged of late, the message has been consistent; Bellingham is the one the Reds really want.

They’ll need more than Gerrard’s credit card, Alexander-Arnold’s nighttime walks and Henderson’s brotherly love to get him, though. They’ll need to pay more money than they’ve ever paid for a player before, for starters, and make him one of the best-paid players in the Premier League too.

The figures involved are likely to top £150 million ($184m), once salaries and agent fees are factored in. Liverpool’s current transfer record is the £75m ($92m) paid for Virgil van Dijk in 2018, although the deal struck last year for Darwin Nunez could eventually surpass that, if add-ons are triggered.

Money aside, but just as importantly, Liverpool will need to convince Bellingham, really convince him, that Anfield is indeed a place where he can achieve his ambitions, and that they can offer what Real or City can – the chance to compete year on year for the biggest prizes, and the opportunity to become one of the best and most high-profile footballers in the world.

A year ago, that might have been easy, what with the Reds flying in the Premier League, hoovering up domestic cups and on their way to a third Champions League final in five seasons. Who wouldn’t have looked enviously at Liverpool then?

But the struggles of this campaign, both on and off the field, means there are far more doubts, far more questions to answer.

When you’re looking to recruit one of the most sought-after players in world football, the last thing you want is uncertainty, and there is plenty of that at Anfield currently, with the club’s owners looking for a full or partial sale, the sportin… 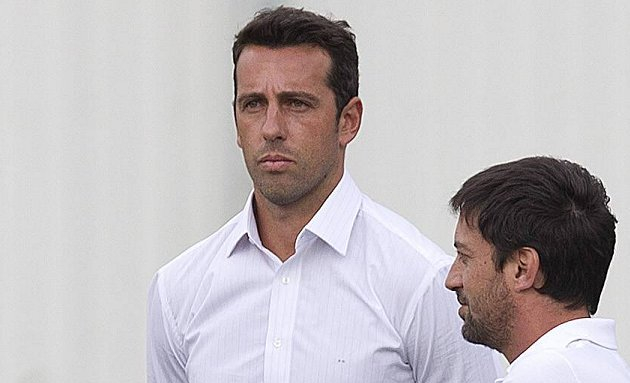 Tribal FootballThe agent of Real Valladolid defender Ivan Fresneda has explained why the teen rejected Arsenal and Borussia Dortmund during the January market. Luis Bardaji, the 18-year-old's agent, has confirmed…

BVB BuzzNico Schulz will not be leaving Borussia Dortmund this month after failing to secure a move away from the club on transfer deadline day.It was reported earlier this week that Italian side Atalanta are…

USMNT star Reyna on latest dramatic Borussia Dortmund winner: ‘I knew I had to make something happen’