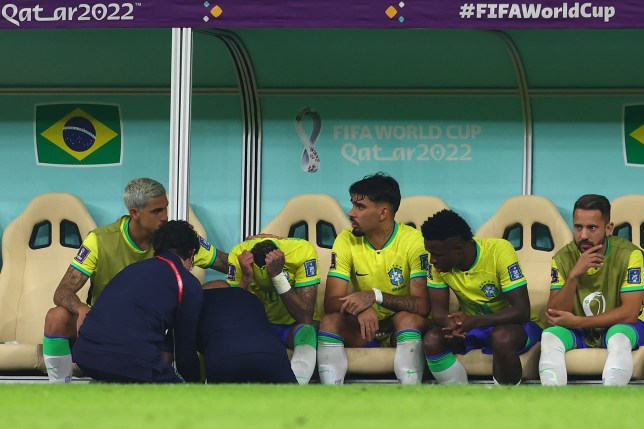 Neymar was in tears on Brazil’s bench after he was forced off with an ankle injury during the 2-0 win over Serbia in their World Cup opener on Thursday evening.

Two goals from Richarlison got Brazil’s World Cup campaign in Qatar off to a flying start, but one of the tournament favourites now face an anxious wait after Neymar was forced off in the second half.