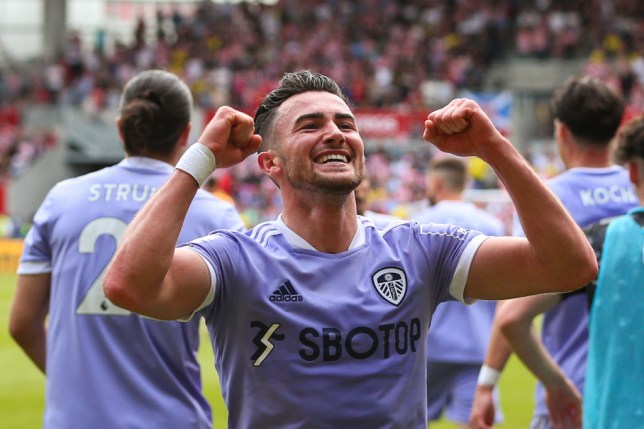 Jack Harrison is one of the many names on Newcastle United’s list of transfer targets this summer, but he will be tougher to get hold of after Leeds United stayed in the Premier League on the final day of the season.

The 25-year-old has scored eight goals in each of Leeds’ two Premier League seasons since promotion from the Championship in 2020, taking to life in the top flight impressively.

He has caught the attention of Newcastle, who the Telegraph report are likely to make a bid for him over the summer transfer window.

Leeds secured Premier League survival on the last day of the season as they beat Brentford, with Harrison scoring, which will give the Yorkshire side a much stronger bargaining position.

The former New York City winger is still under contract at Elland Road until 2024 and they will not want to let him go, especially not to a Premier League rival, but Newcastle will be able to offer Harrison a huge improvement on his contract at Leeds.

The Magpies are thought to be keeping their ambitions somewhat limited, despite the enormous wealth of their owners, targeting the likes of Harrison rather than global superstars just yet.

However, even without Newcastle ready to spend as big as they can, they will be able to vastly increase the wages Harrison takes home from Elland Road and offer the Yorkshire club a massive profit on the fee of around £11.5m they paid Manchester City for the 25-year-old.