Newcastle man Jacob Murphy produced an incredible moment of s***housery by waving Southampton’s Duje Caleta-Car off the pitch after he was sent off.

Caleta-Car was given a second yellow for a foul on Allan Saint-Maximin late on during Saints’ 1-0 home defeat in the first leg of the Carabao Cup semi-final. 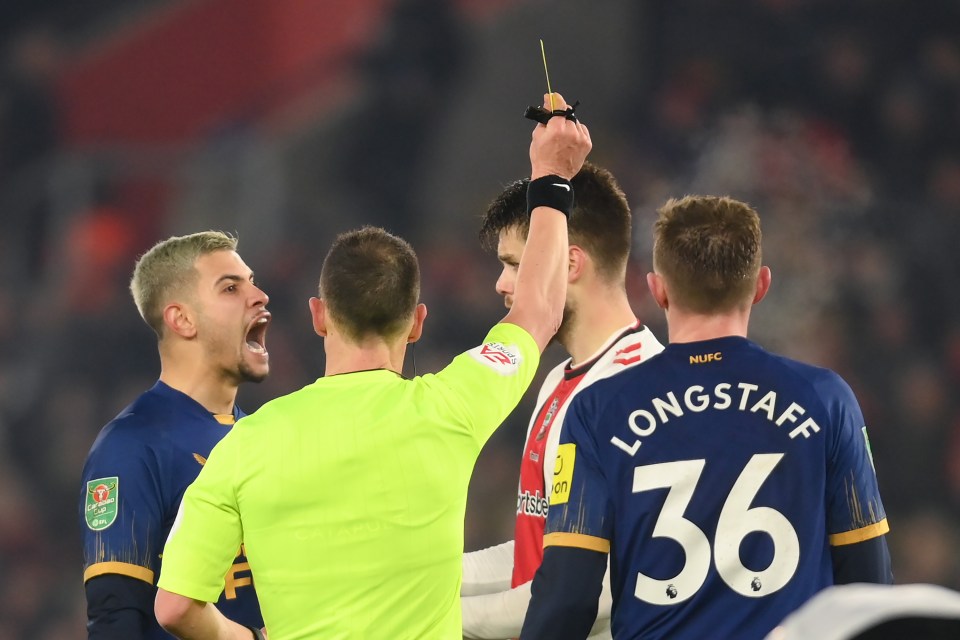 Caleta-Car was sent off on 85 minutes 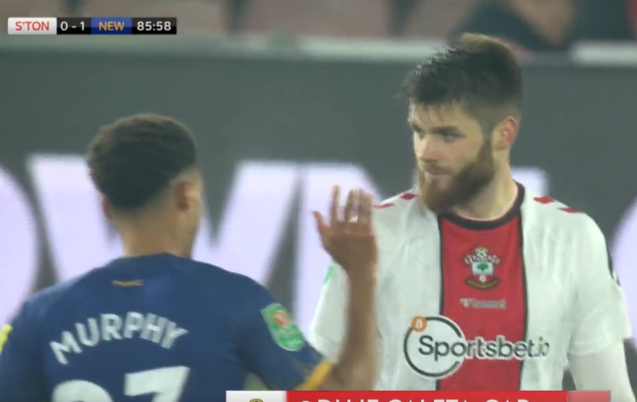 And Murphy took particular pleasure in it Caleta-Car briefly stopped as Murphy continued to patronise him 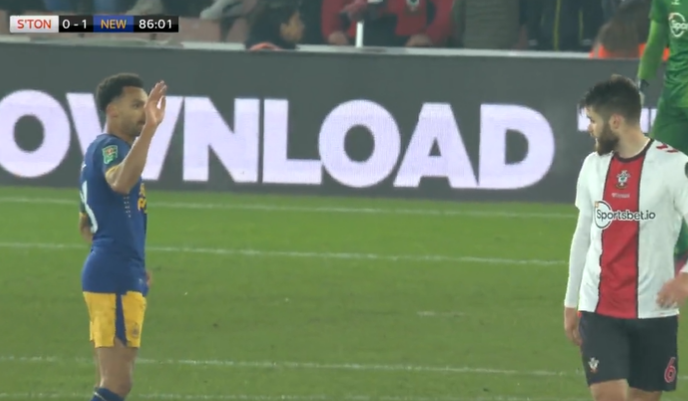 The incident sparked a bit of argy bargy between both sets of players with Magpies star Bruno Guimaraes receiving a yellow card for his part.

Caleta-Car was given his marching orders at St Mary’s, much to the delight of the travelling Toon Army and Murphy.

As the defender began his walk towards the tunnel, Murphy was filmed sarcastically waving at his opponent.

Caleta-Car was briefly stopped in his tracks, seemingly in disbelief at what he was seeing, to look at Murphy in an awkward few seconds, before continuing his walk off the pitch.

Murphy had fans in hysterics with his puzzled look at Marco Silva’s protests against the officials following Newcastle’s win over Fulham in the Premier League earlier this month.

Newcastle have one foot in the Carabao Cup final with Joelinton’s goal giving them the advantage going into the second leg at St James’ Park next Tuesday.

Jacob Murphy waving goodbye to Duje Ćaleta-Car after he gets sent off 🟥😅 pic.twitter.com/ImEYRK8pWu

The Brazilian fired into the net from close range as he got on the end of Alexander Isak’s low cross from the right on 73 minutes.