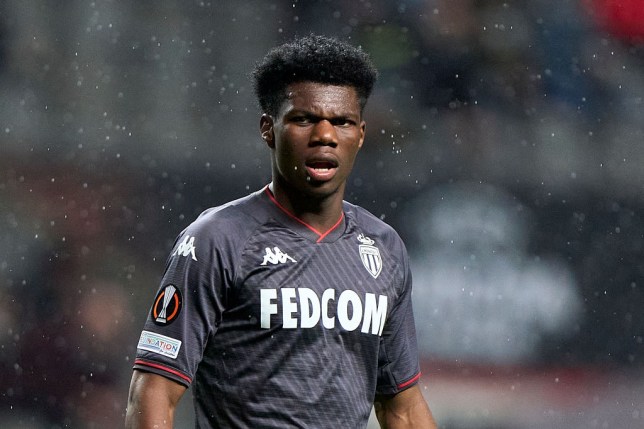 Both clubs have reportedly agreed personal terms with the midfielder (Picture: Getty)

Monaco sporting director Paul Mitchell has made it clear to both Real Madrid and Liverpool that they will need to spend big to prise Aurelien Tchouameni away from the club.

The 22-year-old is regarded as one of Ligue 1 and France’s most promising young players and has been linked with a host of top clubs, with reports over the weekend claiming Liverpool and Real have already made their respective moves.

Both clubs are believed to have agreed personal terms with Tchouameni, though they still need to negotiate a fee with Monaco who are holding out for around €80million (£67.6m).

Tchouameni is set to be one of the summer’s biggest transfers (Picture: Getty)

Monaco chief Mitchell admits he is anticipating plenty of interest in the midfielder this summer but the club are under no pressure to sell and will only sanction a move if they receive an offer that is too good to turn down.

Asked if he has any preference on whether Tchouameni joins Liverpool or Real Madrid, Mitchell told RMC Sport on Monday: ‘I don’t have a preference to be honest!

‘As always when you sell a player, there needs to be fair compensation. The market is different every year.

‘Everyone was able to see what a top player Aurelien is, but everyone also knows that we are an ambitious club with an ambitious shareholder.

‘So no, I have no preference when it comes to selling him. We will have to be very aggressive in terms of the fee we demand to lose such an incredibly gifted player.’

On how difficult it will be to replace Tchouameni, Mitchell continued: ‘That’s why he’s so sought after!

‘The market is usually pretty smart especially in the clubs you mentioned. That’s why replacing him will be incredibly difficult but we will try to increase the full capacity of the team.

‘I think it’s important to keep building the team and not just focus on the individuals that make it up.

‘We have a very competitive style of play and for us it would be a mark of success to build the depth of the team and the quality of the whole group because we are also going to come out of the pre-season with matches that will continue until mid-September.

‘That’s why I think replacing Aurelien Tchouameni at that time [towards the end of the window] would be a difficult task, but it would be for anyone.’