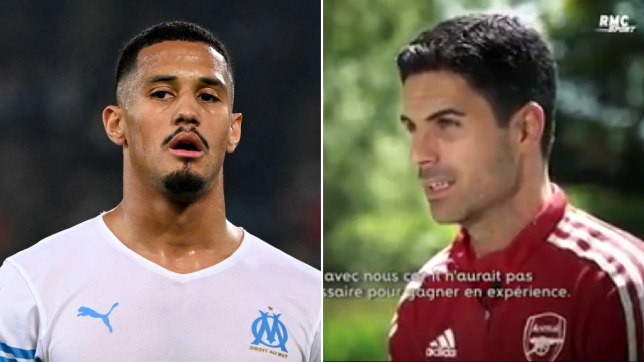 Mikel Arteta has told William Saliba that he is capable of challenge for a place at Arsenal next season following his loan spell at Marseille.

The 21-year-old is yet to make a first-team appearance for the Gunners since his £27 million move from Saint-Etienne in July 2019.

Saliba was allowed to join Marseille on loan last summer and has impressed in Ligue 1 this season, which led him to being awarded the division’s Young Player of the Year and named in their Team of the Season earlier this month.

Saliba also earned his first caps for France’s senior side during the last international break and he is now targeting a spot in Didier Deschamps’ squad for their World Cup campaign in Qatar later this year.

Saliba has indicated that he would be willing to stay at Marseille for another season, with reports in France claiming that the Ligue 1 club have made it a priority to keep the defender at the club.

But Arteta has made it clear that he wants Saliba to be in his squad at Arsenal next season.

‘He has to come back,’ Arteta told RMC Sport.

William Saliba has impressed on loan at Marseille this season (Reuters)

‘He has the experience and has been in the necessary environment in order to be competitive with us.

‘If he had stayed with us this year, where we had one Premier League game every week, with Ben White and Gabriel, he wouldn’t have had half the playing time he had with Marseille, that’s for sure.