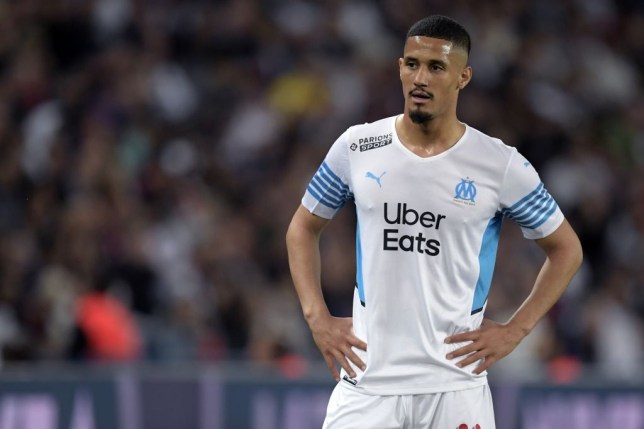 William Saliba has enjoyed an excellent season on loan at Marseille (Picture: Getty)

Marseille are hoping to revive talks with Arsenal over a permanent deal for William Saliba, but will respect the wishes of the defender’s parent club who are keen to offer him a first team opportunity next season.

The Frenchman was bought by the Gunners for £35 million from Saint-Etienne in 2019 but he is yet to play a game for the club following several loan spells back in France.

Saliba has performed well at Marseille last term and was named Ligue 1 Young Player of the Year. His progress has caught the eye of manager Mikel Arteta, who wants him to stay at the Emirates.

Mikel Arteta wants Saliba to return to the Emirates this summer (Picture: Getty)

However, Marseille are keen to keep the 21-year-old, who is rated at £35 million, and their president Pablo Longoria confirmed they are seeking talks with Arsenal, whom he praised for their flexibility and understanding during previous negotiations.

Speaking to RMS Sport, he said: ‘We had a lot of conversations about analysing William Saliba’s season, especially in the last few days.

‘He is coming off an extraordinary season, with one of the highest number of matches played in Europe. He also joined the France team, which is incredible at his age.

‘We discussed a lot internally about what we can do, to find out what the possibilities are. We respect his club, we have to thank Arsenal. Arsenal are a friendly club that helped us a lot during the last transfer window. We have very good relations.

‘We have to talk to each other, see if there is the possibility of reaching an agreement between the clubs, there is the player’s will, the club’s will… But above all, we must respect Arsenal.’

Saliba made over 50 appearances for Marseille this season and broke into the French national team in March.

The defender has spoken of his desire to stay with Marseille where he is assured of regular game time.

The Gunners have qualified for the Europa League next season and need a bigger squad to cope with the extra matches.

They have already let go Konstantinos Mavropanos to Stuttgart and are reportedly planning for the departure of Pablo Mari to Udinese.

Saliba’s exit would leave Arteta with only Ben White, Gabriel Magalhaes and Rob Holding as centre-back options next term.