Even by Manchester United’s strange modern standards this was a bizarre way to lose.

A missed Cristiano Ronaldo penalty in the first half of regulation play, two shots against the frame of the goal and then the concession of an equaliser that said everything about the ludicrous nature of the modern handball law. By the end of extra-time United had mustered 30 shots to Middlesbrough’s six.

But the fact that boyhood United fan Matt Crooks had been able to equalise Jadon Sancho’s first half goal after what looked like a clear use of the arm by Duncan Watmore in the 64th minute meant that this remarkable FA Cup tie ended up going to penalties. 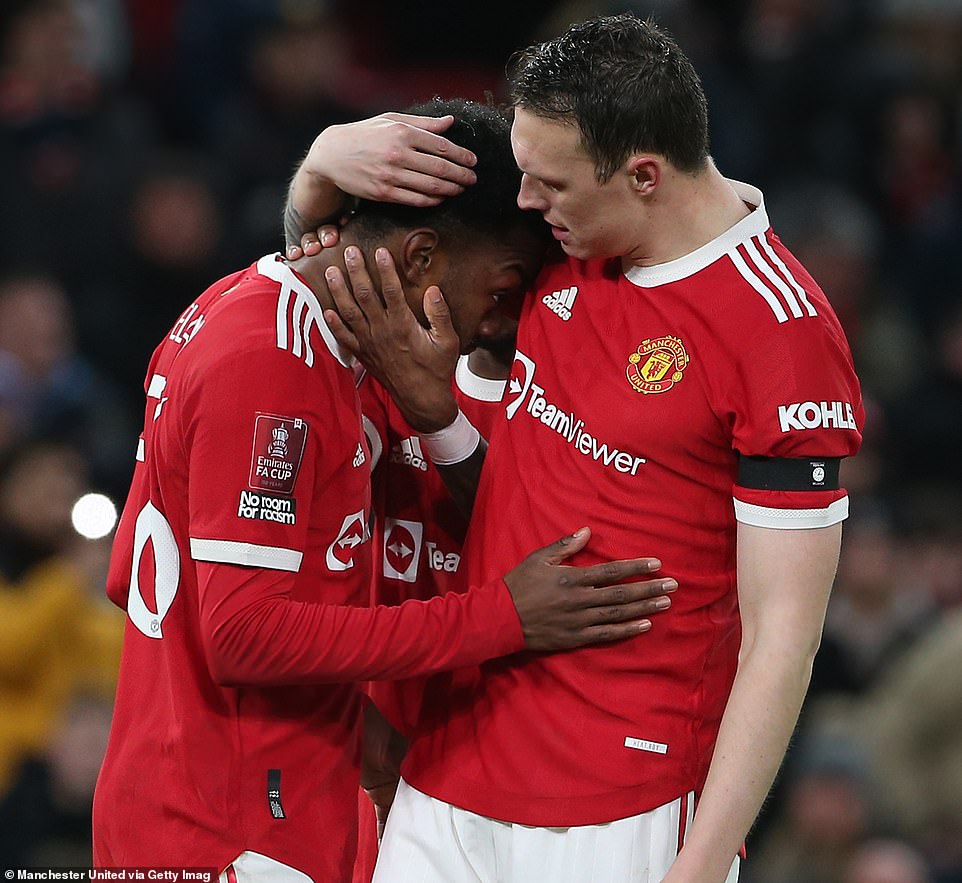 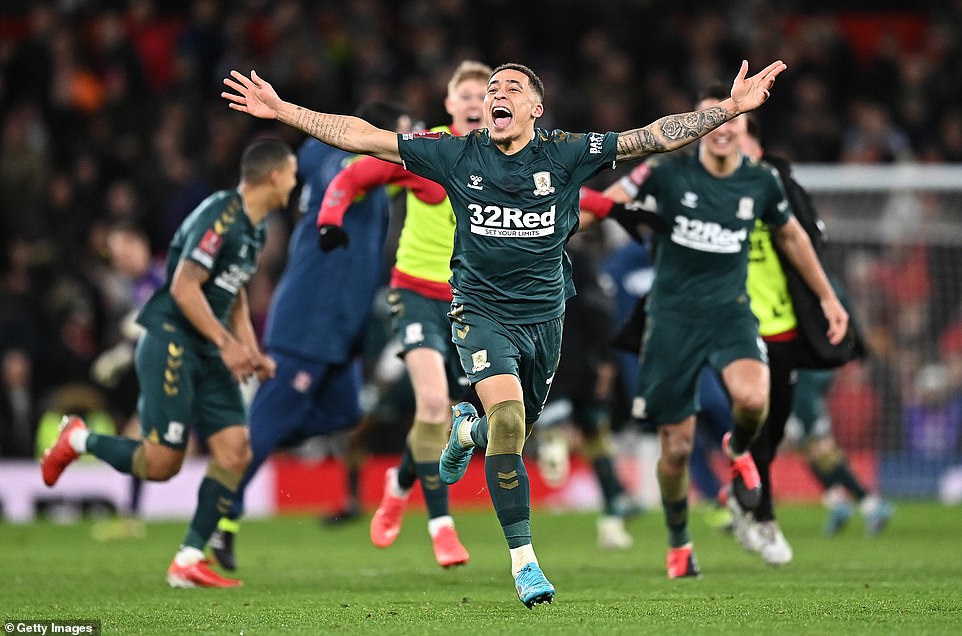 And when it did, Middlesbrough magnificently and bravely won it on sudden death.

In terms of the chronology of the shoot-out, Paddy McNair, Martin Payero, Jonny Howson, Marcus Tavernier and Sol Bamba all scored for Middlesbrough while Juan Mata, Harry Maguire, Fred, Ronaldo and Bruno Fernandes for United made it a perfect ten in the regulation round.

But once Watmore, Dael Fry and Lee Peltier had scored for Chris Wilder’s team and Scott McTominay and Diogo Dalot had done likewise in the sudden death section for United, it was a slash over the bar by young Anthony Elanga that lost it for Ralf Rangnick’s team and sent Middlesbrough through.

There will be much focus now on the handball for the equaliser and the number of chances wasted by Rangnick’s enduringly hapless team team. But Middlesbrough grew braver and more assured as this night wore on and had not been threatened in extra time.

As for their penalties, they were perfect. All eight of them. It takes nerve to execute like that in front of the Stretford End and the manner in which Wilder’s players stared down the task will stand them in good stead ahead of what may yet be a promotion push on Teesside. 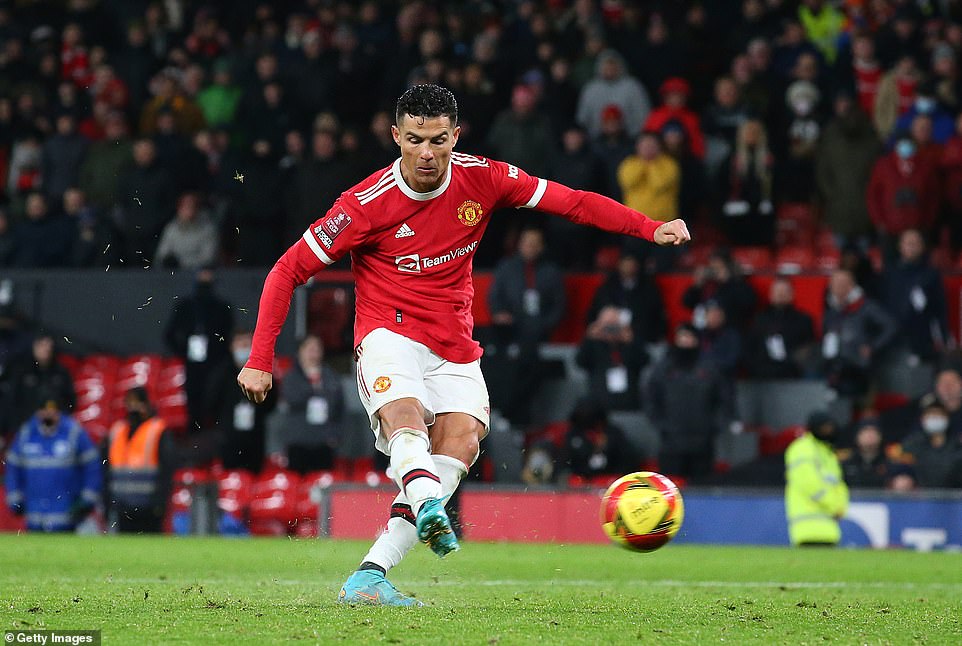 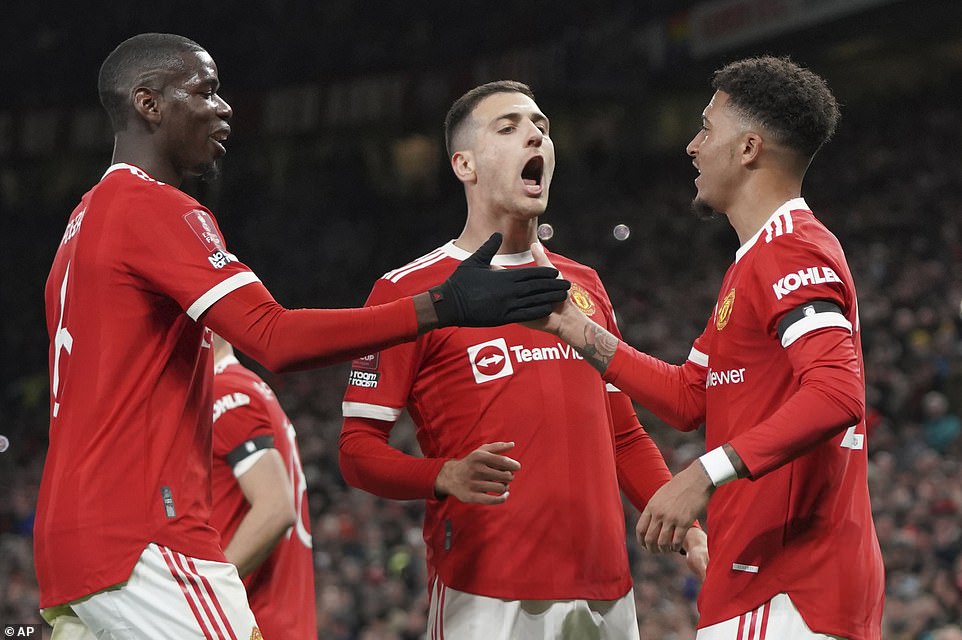 However, former Dortmund-man Jadon Sancho (right) scored in the 25th minute to put Manchester United ahead

As for United, this was about regret. Whether the fact they played pretty well for the first hour will console or irritate them, we can only imagine.

But with four months of the season left, United are relevant now in only one competition – the Champions League – and that says everything for their struggles.

By the end of extra-time, United had on the field players signed by five different managers. That points at a muddle. Equally, this is a game that should have been over after 45 minutes.

United – with Paul Pogba back – hit the bar through Sancho in the second minute and Fernandes lifted the rebound over.

That set the tone for the direction of the traffic but also for the manner in which Rangnick’s team approached the task of scoring goals.

Middlesbrough’s offside line at this stage resembled a bolt of lightening and they were not, frankly, in the game.

A Rashford shot was held by Lumley just before half-time while Ronaldo also came close. Early in the second period, meanwhile, Rashford was wasteful at the far post after Sancho set him up well and then Ronaldo whipped a shot in to the side netting.

Teams that miss chances are often vulnerable but it didn’t really feel that way here. Indeed, the result did not seem in any doubt until suddenly it was.

Middlesbrough had enjoyed marginally more of the play as the hour mark came and went but even so it was a surprise to see Isaiah Jones’ cross reach Duncan Watmore unmarked at the far post. 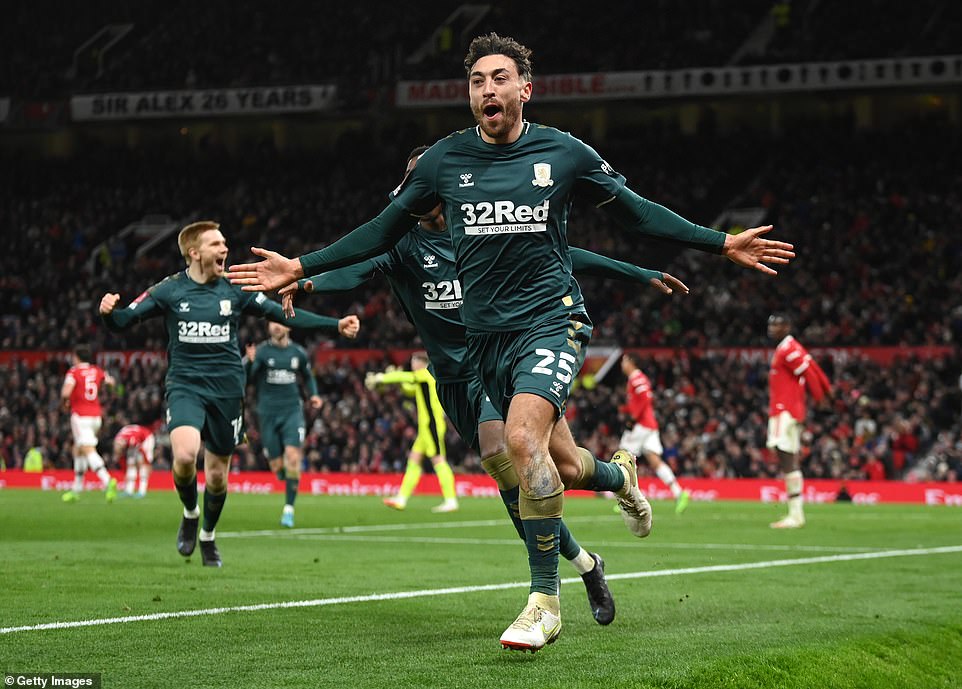 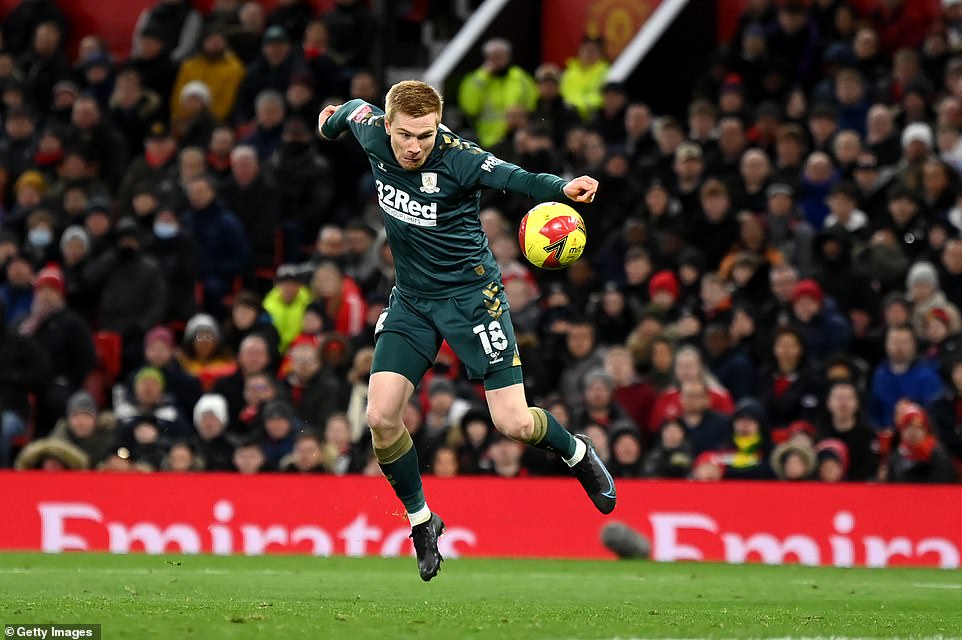