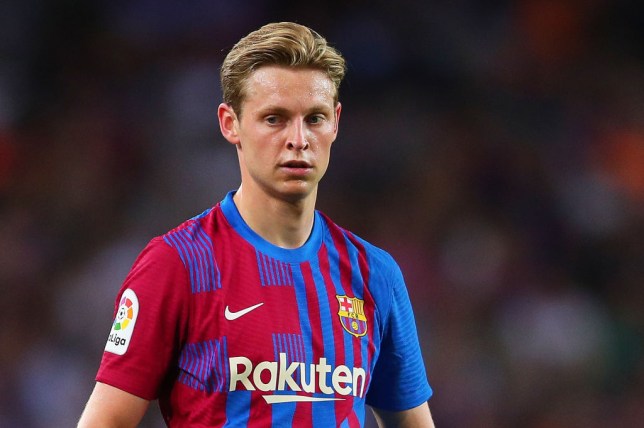 De Jong could be sold by Barcelona this summer (Picture: Getty)

Manchester United ‘cannot wait any longer’ for Frenkie de Jong to make his decision over a move to Old Trafford and are now prepared to move on if does not commit to the move soon.

De Jong, 25, has been identified as a top target for United this summer with new manager Erik ten Hag eager for a reunion with his former Ajax midfielder.

The Dutchman’s preference is thought to be to stay at Barcelona but the club remain under severe financial pressure and must sell before they can buy this summer.

Ten Hag hopes to convince de Jong to make the move to Manchester and has assured him he will be a key player in his rebuild despite no Champions League football on offer next season.

But United are not ready to let the saga drag out. According to SPORT, the club are now seeking a final answer, issuing an ultimatum to de Jong.

Ten Hag eager for a reunion with his former Ajax midfielder (Picture: Getty)

If his answer is no, United will quickly move onto other targets with midfield an area in need of an urgent rebuild in the coming months.

United are said to be confident of agreeing a fee with Barcelona – although recent reports claim they are unwilling to pay £70million for the Netherlands international.

With Nemanja Matic and Paul Pogba set to leave when their contracts expire next month, United’s senior midfield options for next season consist of Scott McTominay, Fred and 19-year-old Hannibal Mejbri.

James Garner is also set to return after Nottingham Forest’s Championship play-off final this weekend. But United legend Paul Scholes believes the club should urgently look to add to those numbers this summer, backing the club’s pursuit of de Jong.

‘I haven’t seen much of him at Barcelona I must have admit but I’ve seen him with Holland and he’s that type of player that can come in and control the tempo of games. This manager needs backing now, he’s been brought into the club to really turn it around.’