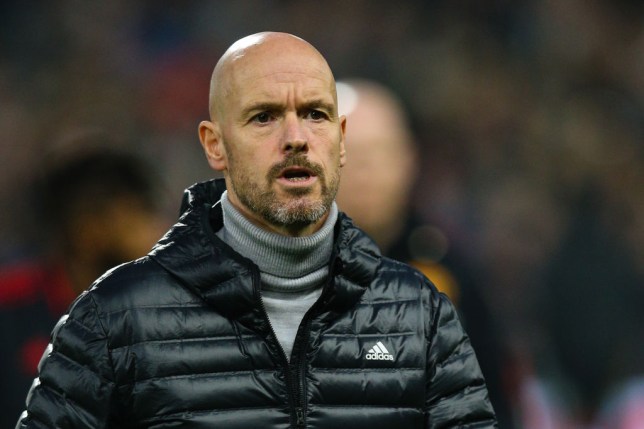 Former Manchester United defender Paul Parker has labelled the Glazer family’s ownership of the club as an ‘absolute living nightmare’ and has warned that new owners may look to replace boss Erik ten Hag.

The Glazer family are seeking north of £5 billion in order to sell United to end their controversial 17-year spell in charge at Old Trafford.

United’s supporters have staged multiple protests against the Glazers since they took control in 2005 and have frequently raised concerns over the lack of investment at the club during their ownership.

The chant ‘Love United, hate Glazers’ is regularly sung by the club’s fans during games and some supporters are known to wear yellow and green scarfs to show their disapproval with the American owners.

Cristiano Ronaldo recently hit out at the Glazers and claimed that they ‘don’t care’ about the club.

Parker, who played over 100 games for United, has now also slammed the Glazer family and is concerned new owners may want to replace manager Ten Hag.

‘[The] Glazers’ time in Man United has really been dramatic,’ Parker told Futbin. ‘No one realised how bad it was going to end when Sir Alex Ferguson left.

Louis Saha reacts to the news that the Glazer family are open to selling Manchester United ðŸ’¬ pic.twitter.com/q2yOZkbW4A

‘[The] Glazers have been an absolute living nightmare, especially after Robin Van Persie and Sir Alex Ferguson left.

‘The thing I’m most concerned about is that the new owners might want to bring in their own manager and if that happens, Man United has to start from scratch again.’

Tech giants Apple have emerged as potential new owners of United with the net worth of the company placed at £2 trillion.

CEO Tim Cook is said to be well versed in the commercial opportunities United would provide the California-based firm.

Should Apple firm up their interest, they could team up with club legend David Beckham, who is reportedly open to teaming up with potential bidders.

United do not return to action until December 21 when they host Burnley in the Carabao Cup with their first Premier League game after the World Cup in Qatar coming on December 27 as they face promoted side Nottingham Forest.