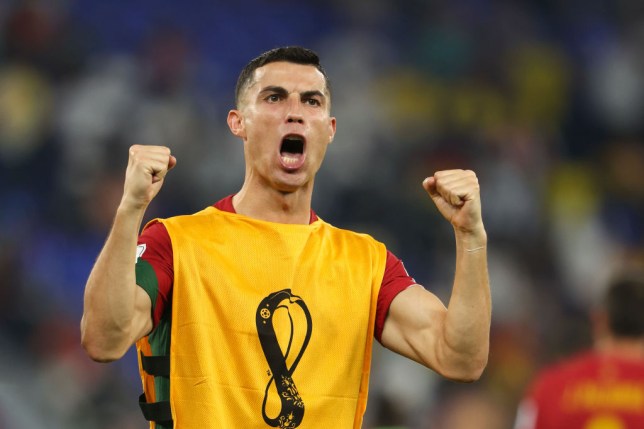 On Tuesday, United announced that they had terminated Ronaldo’s contract in the aftermath of his explosive interview with Piers Morgan last week.

The legendary forward criticised the club’s owners, manager Erik ten Hag and some of his current and former teammates, though many have regarded the interview as a cynical attempt by the player to force United into selling him.

Football legend and former Portugal captain Figo played alongside Ronaldo for the national team from 2003 to 2006.

The ex-winger was himself part of one of the most controversial transfers of all-time when he moved from Barcelona to Real Madrid in 2000.

He told NDTV Sports: ‘After all the situations that came, I think it was the decision of both. A mutual agreement, I think is beneficial for both.

Currently, Ronaldo is focused on the World Cup, scoring Portugal’s opening goal in their 3-2 win over Ghana on Thursday.

The 37-year-old has now become the first player in history to score in five different World Cup tournaments.

As for where he could move next, Betfair list Chelsea as the favourites to sign the now free agent, ahead of his boyhood club Sporting Lisbon, any Saudi Arabian side, Newcastle and any MLS side.

Asked where he thought Ronaldo would go, Figo added: ‘Well, I don’t know.