Jurgen Klopp is one of the best man-managers in modern football, with his relationship with his playing squad one of the reasons why he has been such a success at Mainz, Borussia Dortmund and now Liverpool. Of course, there is far more to him than a beaming smile, booming laugh and trademark bear hug, but such relations aren’t only limited to his current employees.

As recently as last month he chased after former Reds striker Dominic Solanke through the Anfield mixed zone for a warm catch-up with his one-time striker. And he will no doubt be looking forward to reacquainting himself with a number of his former players throughout the season.

One such player is Ivan Perisic, who joined Tottenham Hotspur on a free transfer from Inter Milan this summer. Enjoying a positive start to life in North London, Klopp publicly spoke positively of the Croatian last season ahead of locking horns in the Champions League.

READ MORE: ‘He doesn’t give a damn’ – Inside the mind of Darwin Nunez as big Liverpool change coming

“There’s Ivan Perisic, I worked together with him,” he said when reflecting on the Inter squad. “We were very successful, we won the double in Germany so I’m really looking forward to meeting Ivan.

“After, we met when he played for Wolfsburg. We (Dortmund) lost a cup final in Germany (in 2015). But since then, probably not anymore. I like Ivan Perisic a lot.”

However, relations between the duo didn’t used to be so positive after they fell out during their time together at Dortmund, with Klopp biting back after Perisic criticised him to the media before selling him to VfL Wolfsburg a few months later.

It was Klopp who signed Perisic for Dortmund in May 2011 as the Bundesliga outfit parted with €5m to sign the then 22-year-old from Club Brugge. As the Liverpool boss recalled, they did enjoy a successful period together on the pitch with the Croatian returning nine goals and six assists from 41 appearances during his first season with the club as they won the league and cup double.

However, only 11 of those appearances came from the start. And with such opportunities remaining limited the following year, with Perisic starting only eight of his 23 appearances during the first half of the season, he hit out at his manager in an interview back in his homeland, accusing him of favouritism and having a personal problem with the Croatian.

“I cannot be pleased with my situation at the club. I don’t get a lot of time on the pitch, very much like last year,” he told NovaTV in November 2012. “The stats show it: When I play I score. But when I don’t score in a game, I am not an option for the next two or three games.

“We (Klopp and Perisic) have no relationship. He is the best coach in Germany right now, the number one, everyone accepts the subordinate role. And rightly so, what we achieved in Dortmund over the past few years is unique.

“The atmosphere in the team is perfect, but it is as if he has something against me. He has three to four players with whom he discusses things, shares his opinions and his thoughts. The rest of us are pros, doing their job.”

Perisic’s agent, Tonci Martic, would follow up such comments by saying his client was disillusioned at Dortmund and wanted to leave the club.

“We want to sit down with Klopp in the near future,” Martic had told Croatian sports magazine Sportske Novosti. “Ivan wants to leave Borussia immediately.

“Ivan likes Dortmund and the fans, respects the club where he is on a 2016 contract. But when you don’t play, you are not pleased. We should talk.”

Borussia Dortmund general manager Michael Zorc reacted angrily to such claims from Martic, but refused to comment. “I don’t want to react to every statement made by player agents outside of Germany,” he told Ruhr Nachrichten. “I won’t comment on it.”

However, it was a different story for Dortmund CEO Aki Watzke as he debated whether Perisic’s own comments had been lost in translation.

“At first we want to find out if Perisic said what was quoted,” he said at the time. “If he did say it, it is not okay.”

Klopp was inevitably swiftly quizzed about the Croatian’s comments when back on press conference duty. And while the German wasn’t surprised at a player being unhappy with a lack of game-time, he took a dim view on such dirty laundry being aired publicly.

“I heard a few statements and it’s nothing dramatic,” he told reporters. “I already know Perisic is not happy, it would be strange if he was. That is a fact and perfectly normal.

“With players, it is a withdrawal of love if you don’t put them on the field. It’s not the first time this has happened and I know that, that’s normal. But the timing of the statement is not okay.

“I heard they tried to talk with me. I’m not that far away so we could have discussed this issue earlier. Before you give an interview, not really because of Ivan because this has happened a few times, but in future if you think you can generate pressure with such statements you are wrong. That’s nonsense, doing that will get you nowhere.

“Of course I will tell him that and get the chance to know what he has really said and then we will fix that. Furthermore, there is nothing to say. It’s no big deal.”

He continued: “An old team-mate of mine once said: ‘Nobody has ever talked his way into the team’. I have so far not been able to draw the great potential he has out of him and he has not been able to do so as well. It’s my responsibility to help the boys to get their potential onto the pitch.

“A professional footballer is unhappy when he is not playing. But if he shuts his mouth afterwards his chances are good it will get better. Public whining belongs to kindergarten, not to the world of adults. You shouldn’t do that.

“If he doesn’t play, a football professional should shut his mouth, work hard and make the coach select him – not complain about it to the reporters. If he then keeps his mouth shut, it is better for him at the end. Complaining in public is childish.”

An unused substitute against Augsburg on November 10 after his comments went public, Perisic would then feature in all nine of Dortmund’s remaining fixtures before the winter break. Ho… 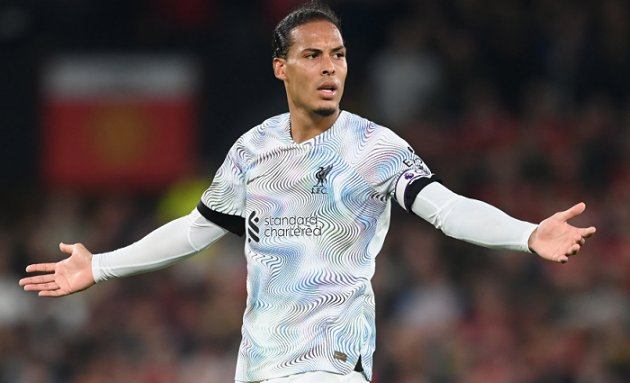