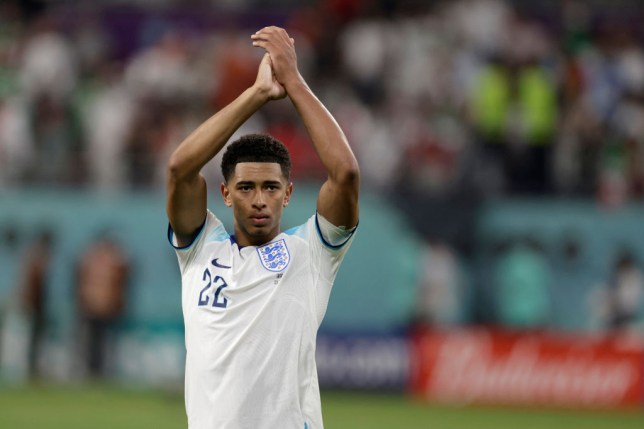 John Barnes has blasted comparisons between Jude Bellingham and a Chelsea legend as ‘stupid’ and ‘ridiculous’.

Bellingham put on an outstanding display in England’s World Cup opener in Qatar, scoring the opener in the 6-2 thrashing of Iran on Monday.

At just 19, the midfielder is considered by some to be the best young player in the world right now and is largely expected to leave Borussia Dortmund in the near future in a transfer that could be worth well over £100m.

Several Premier League clubs have been linked with him, including Chelsea, and former England manager Sven-Goran Eriksson feels that Bellingham’s abilities are reminiscent of those belonging to an icon who played for the Blues.

‘Everyone loves having a young player like Jude Bellingham in the team. He’s extremely difficult to take care of for the opponents,’ Eriksson told Midnite.

‘He reminds me of Frank Lampard and Paul Scholes because they had that gift as well. It’s difficult to mark him.

‘Who knows, maybe Jude can become better than Frank Lampard and Paul Scholes, but if he can be as good as them then he’ll be a very happy man.’

Barnes, though, was not happy with those comparisons – as well as Roy Keane’s comments – as the former Liverpool winger told BonusCodeBets: ‘These stupid comparisons of him to Stevie Gerrard or Frank Lampard are ridiculous.

‘We did the same thing with Theo Walcott. That’s why I like him being in Germany. It allows him to develop with humility.

‘In England we overemphasise how good young players are when really they’ve done nothing. He’s got great potential.

‘He’s going to be a fantastic player but if we start putting pressure on him to talk about what Steven Gerrard has done in his fifteen years to say Jude Bellingham is better? No he’s not.

‘He’s not all of a sudden going to become [Lionel] Messi because of what he does at the World Cup.

‘He’s not all of a sudden going to become th…