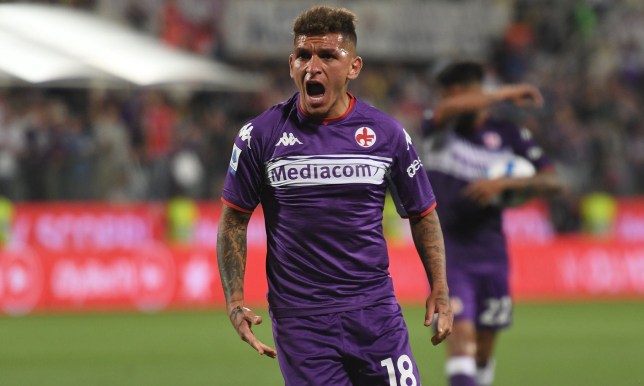 Fiorentina’s president Rocco Commisso admits the club have not ended their hope of signing Lucas Torreira on a permanent deal from Arsenal.

Torreira has spent the season on loan in Serie A and has established himself as a key player at the heart of Fiorentina’s midfield.

Fiorentina have the option to buy the Uruguay international for €15 million (£12.6m) but the midfielder’s agent, Pablo Bentancur, claimed on Sunday that the Serie A club have attempted to negotiate a lower fee with Arsenal which has already been rejected.

Fiorentina supporters have already set up a petition calling on the club to sign Torreira on a permanent deal in the summer window.

But Commisso has been angered by Torreira’s agent suggesting that Fiorentina are to blame for the deal with Arsenal collapsing.

‘I am very disappointed with what happened in the 24 hours after qualifying for the Europa Conference League,’ Commisso said during a press conference on Tuesday.

‘Unfortunately, as happened with Gattuso, some fans fell for it with the petition with Torreira. Agents released this news.

‘The agents, as I did with Gattuso and Vlahovic, will not win with me. I’ll be tougher and get angry.