New era, new Blues? Sign up for the EFC email bulletin for all the latest Everton news

Farhad Moshiri has reaffirmed his commitment to Everton by insisting the club is not for sale.

Speaking in an interview with Jazz Bal, the club’s Fan Advisory Board chair, Moshiri responded to fan feedback and opened up on a number of issues at the club, he also revealed he is close to making an announcement over new stadium funding.

It comes on the day a report from the Guardian claimed that Moshiri has put Everton up for sale and is looking for offers of more than £500m for the club. But in the interview, which was recorded ahead of the Blues’ 2-0 defeat to West Ham United and Frank Lampard’s sacking, Moshiri once again denied the claims he was looking to sell up.

READ MORE: Marcelo Bielsa is ‘exactly what Everton need’ but one major issue could stop him becoming manager

Kicking things off, Bal asked Everton’s majority shareholder about the NSNOW group, formerly known as the 27 Campaign, and the concerns they have raised about the running of the club in recent weeks.

“I have read all their concerns, I listed it to you before the interview and every point raised by every fan group is in my diary. I’m sensitive and deal with everything,” Moshiri said.

The Everton majority shareholder then opened up on the club’s board and revealed that he has been ruthless with appointments at senior level in the past, and explained why the current hierarchy at the club has his full support.

In addition, Moshiri also referred to the club’s recent strategic review of the football structure and called for patience from supporters in seeing the results from a number of things that have been implemented.

“All aspects of the football operation is not run by the board, we have a director of football. A substantial part of expenditure in the football club is incurred on the football side,” he said.

“Kevin Thellwell, the director of football, is primarily responsible for the recruitment, Academy development, the medical science.

“So all these facets of the football business is run by Kevin Thelwell, under the board. There were 26 additional appointments recently made after our review.

“It has been an exhaustive review and I’m through every part of the review that was made. In some areas we haven’t progressed as much as we want, such as recruitment, but we are dealing with it and will make additional appointments.

“Every pathway we conceded and we are not complacent, we understand where we are, but whenever you try to make dramatic changes the results will not appear the next day.

“We need patience, but they will come true, and if we need additional personnel, we employ everything the board needs, additional executives, more diverse skills, we will appoint them. But we can not just appoint them under pressure and disrupt the business.”

He then continued, saying: “It is a great time to be able to talk to fans and I’ve sent a few open letters. I’ve actually liked to meet fans in person and have a face-to-face [meeting].

“This is the most critical time in our history and it is also an exponential point. Bill Kenwright is one of the most loved and respected men in football.

“Denise, my CEO, I have seen first hand the work she does on the stadium and all facets of club development.

“So the skillset and the mix is good and I have faith in this board. In the past I have removed directors and appointed directors, I am not shy to make changes.

“We make changes when there is need. We will be ruthless and we need calm and we need to go past our current position on the pitch.

“I feel the pain. I hear what the fans are saying and they have points. We will be addressing them and I don’t miss anything. I have a list of all the points.

“I agree with everything and I am committed to this club. Not just stadium, but to join the elite and I need your help.

“Everton has been dependent on Goodison and the 12th man. I know we are much the weaker without the full heart and support of the fans.

“I will do whatever it takes to get fans on board. I will meet them. They can talk to me. But I am on it 24 hours a day. It is not a position sustainable for a club of our standard and we just need to address it. We can only address it together.”

Talk then moved on to the club’s new stadium at Bramley-Moore Dock. Not only did Moshiri reaffirm his commitment to completing the project, but he also revealed that he is close to making an announcement regarding funding for the development.

“Completely. It’s the most important part of the Everton project, for its future,” he replied when asked if he was fully committed to delivering the project.

“It has suffered three years of COVID and… 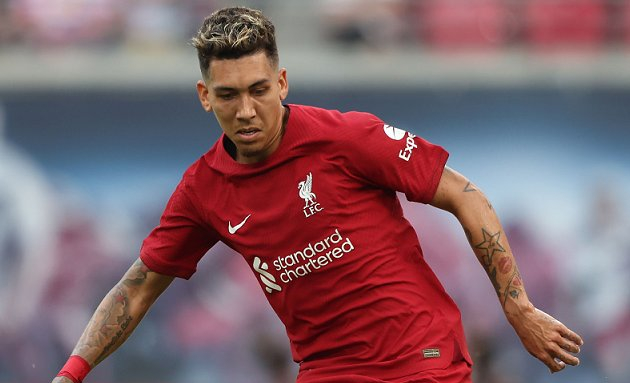