Football fans were left frustrated after coverage of the FA Cup final between Chelsea and Liverpool on both BBC and ITV was affected by glitches and poor picture quality.

Both channels are covering the showpiece match at Wembley Stadium on Saturday afternoon – which Liverpool won 6-5 on pens after a goalless 120 minutes of action – but seemed to be suffering technical issues on the Sky and Virgin Media platforms.

Angry fans took to Twitter to complain about the unwatchable footage, with the picture freezing and jumps between camera shots before and during the match.

Sky responded to viewers’ complaints, tweeting: ‘Our teams are aware of this issue and are investigating to get resolved asap, we’re really sorry for the inconvenience this causes.’

Many customers with Sky Glass, the flatscreen TV with Sky integrated, appeared to be suffering problems on the Cup final channels.

Sky directed their customers to the BBC iPlayer and ITV streams although these would have been behind the live action. 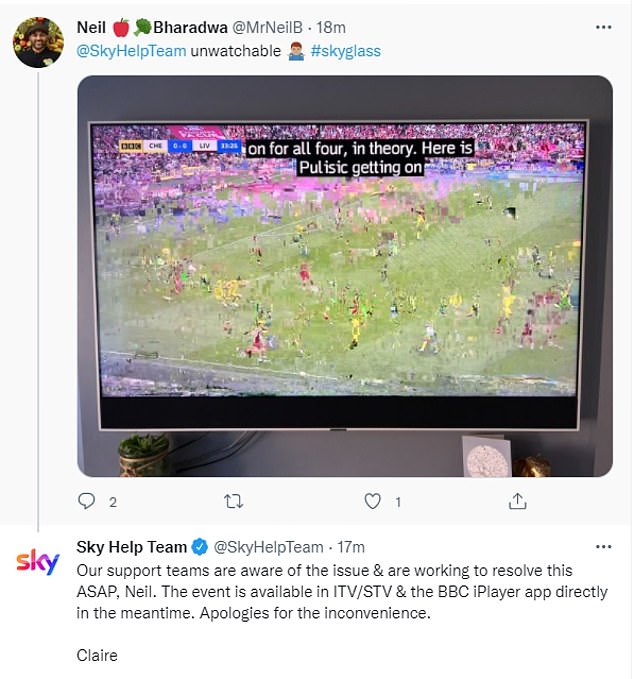 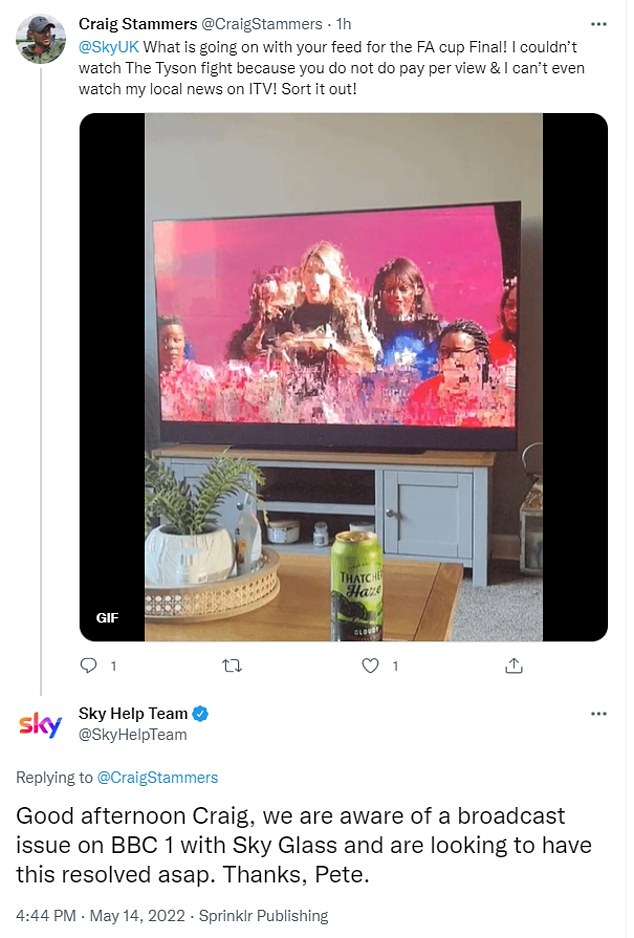 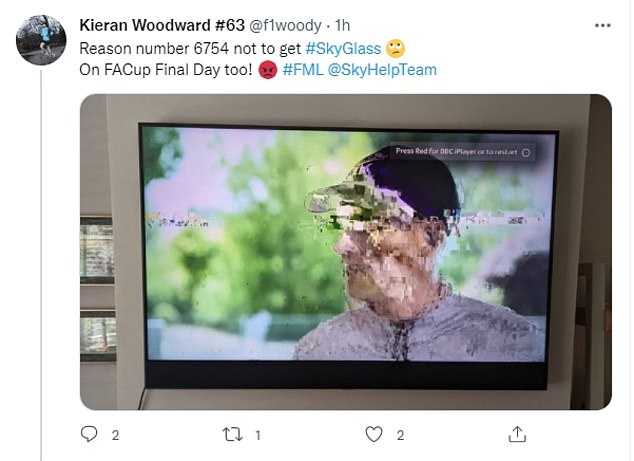 Several annoyed fans, including many with Sky Glass televisions, complained about the issue 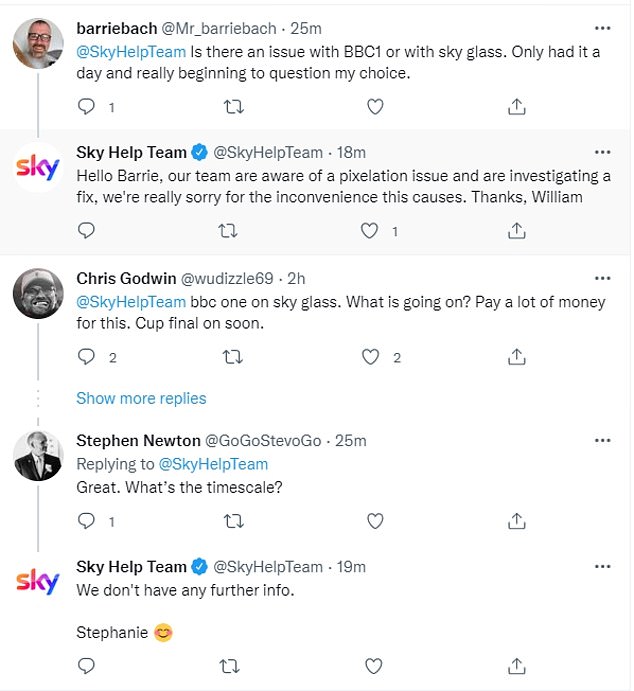 One annoyed fan posted a picture of heavily pixellated BBC coverage and described it as ‘unwatchable’.

Another wrote: ‘What is going on with your feed for the FA Cup final?’

‘I pay too much money and my TV licence for both BBC and ITV glitching like this,’ said another.

Another fan tweeted: ‘Who on earth is responsible for the broadcasting at Wembley? Both BBC and ITV feeds buffering like a YouTube video on dial up internet #FACupfinal.’ 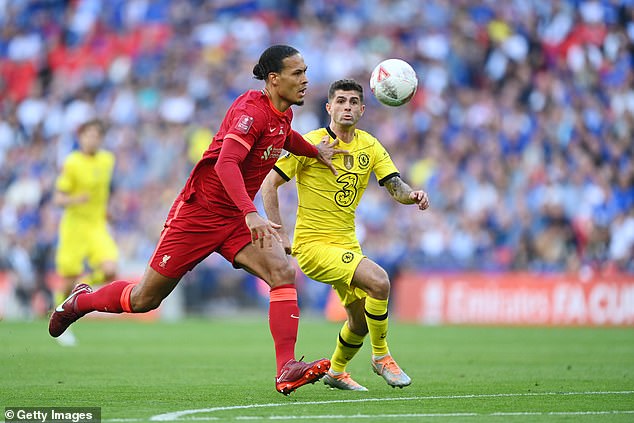 One tweeted ITV and asked: ‘Sort your stuttering coverage out of the #FACupfinal. Picture keeps freezing, jumping etc.’

‘Coverage of the FA Cup on both BBC and ITV is incredibly glitchy, what is going on,’ said another tweet.

‘What the f**k is happening with this FA Cup coverage? Constant stuttering on both BBC and ITV?’ read another.