England’s last run to the World Cup semi-finals in 1990, featuring Paul Gascoigne’s tears and a defeat to Germany on penalties, was a spark of hope after what had been a dark decade for English football.

English clubs were banned from European competition in 1985 after 39 people had died at the Heysel disaster during that year’s European Cup final.

Another tragedy had followed in 1989 when 96 Liverpool fans were killed in a crush at Hillsborough during their FA Cup semi-final.

And the national team had faced a series of disappointments, from defeat to Diego Maradona’s Hand of God goal in 1986 to a dreadful campaign at the European Championships two years later, where they lost every game. 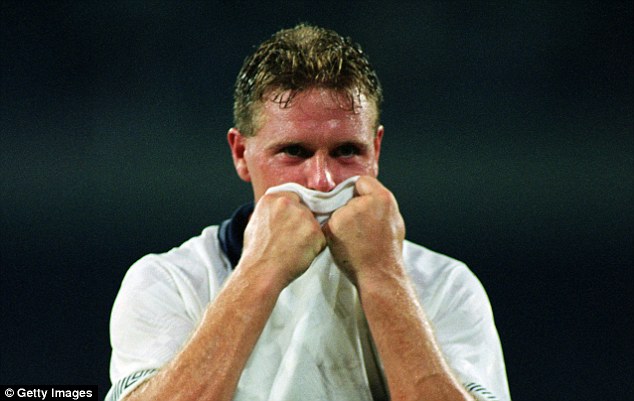 Paul Gascoigne cries during England’s semi-final against West Germany in 1990, after he was shown a yellow card which would have made him ineligible for the final

Margaret Thatcher’s hold on power in the UK was beginning to loosen after more than a decade as Prime Minister, with the poll tax riots coming just months before the 1990 tournament.

She would be out of office by the end of the year, replaced by John Major, while Iraq’s invasion of Kuwait caused a crisis in the Middle East.

Meanwhile, as the Eastern Bloc was convulsed by revolutions and political change, eventual winners West Germany were in the process of absorbing the communist East and completing the country’s reunification after the fall of the Berlin Wall.

Elton John topped the charts in the UK with the re-released Sacrifice, a double A-side single with Healing Hands, which spent five weeks at the top including when England played West Germany.

Ghost, starring Patrick Swayze and Demi Moore, was the highest grossing film in 1990 while other movies of note included Home Alone, Pretty Woman and Dances with Wolves.

TV highlights in 1990 included debuts for Art Attack and Waiting for God, along with Countdown’s 1,000th episode and the pilot episode of Mr Bean, which aired on January 1. 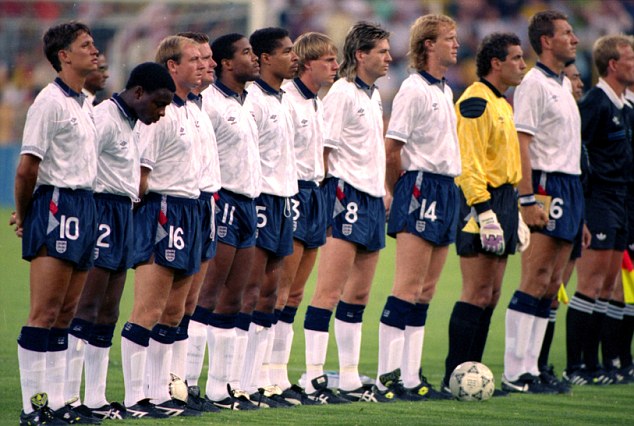 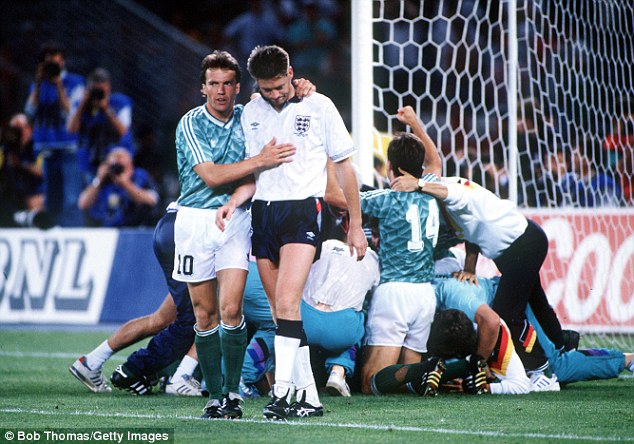 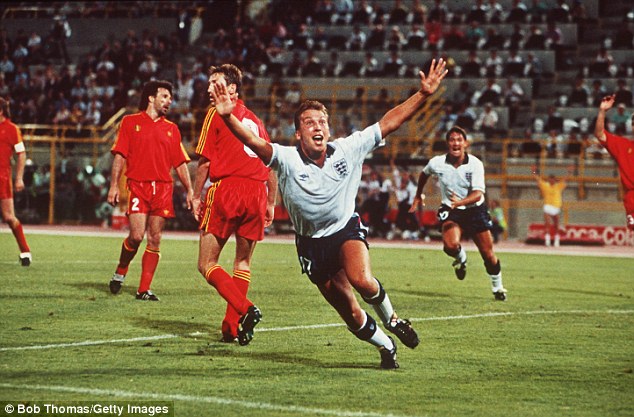 The first Wallace and Gromit film, A Grand Day Out, was nominated for Best Animated Short Film after its release in 1989.

A heatwave hit the country a month after the World Cup finished. A Leicester weather station recorded the highest temperature ever known in Britain of 99F (37.1C) – one degree Fahrenheit higher than the previous record set in 1911.

Meanwhile the Ford Fiesta was the top-selling car of the 1990s. Loose-fitting jeans, loose silhouettes and tie-dye were among the decade’s top fashion trends.

In footballing terms, Liverpool had just won their 18th – and most recent – league title.

Just as they have at this year’s tournament, England had a generous run to the last four in Italy in 1990.

They began the competition with two draws, as Ireland cancelled out Gary Lineker’s goal to tie 1-1 in the opener before England played out a goalless match with the Netherlands.

They defeated Belgium in the last 16 when David Platt hooked in a volley in extra time, with penalties looming, to give England a 1-0 win. 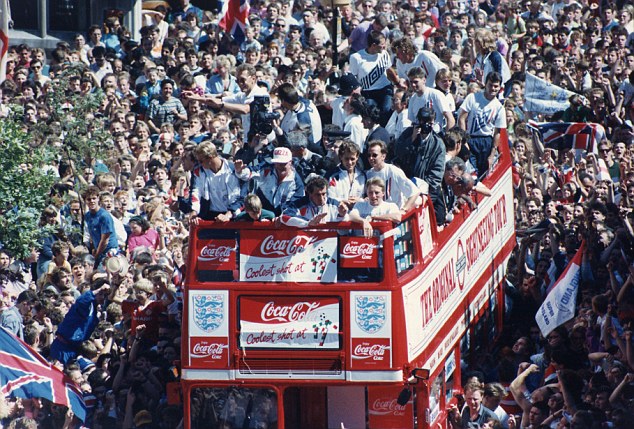 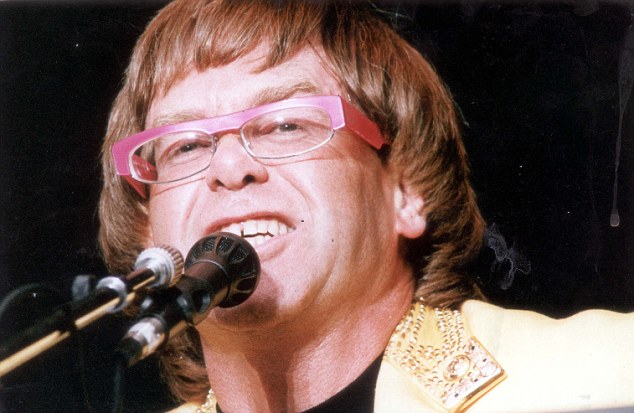 Elton John was at number one with the re-released Sacrifice, a double A-side single with Healing Hands, which spent five weeks at the top including when England played Germany 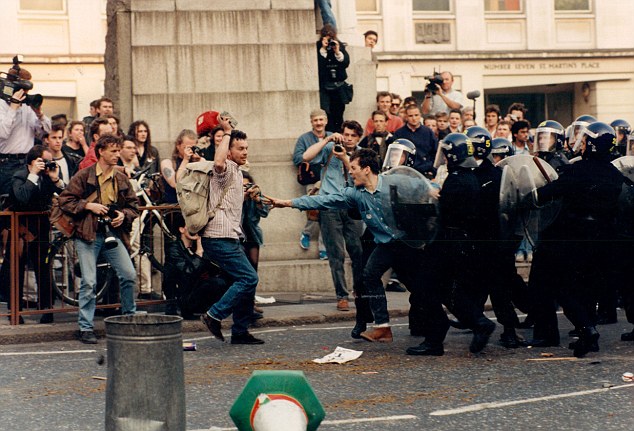 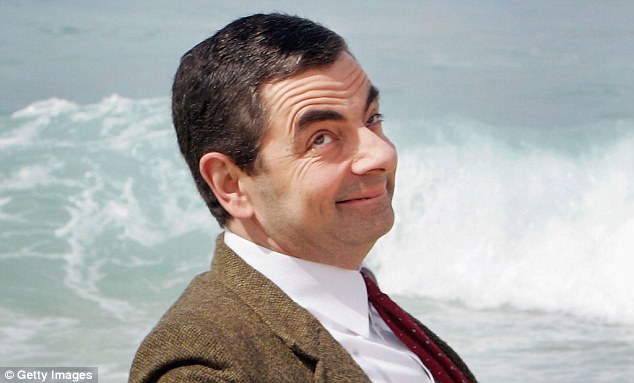 John Motson’s excitable commentary – ‘England have won it, in the last minute of extra time!’ – features in the lyrics of the original Three Lions, recorded in 1996.

They fell behind to Cameroon in the quarter-final, before two penalties from Lineker, including the winner in extra time, sent England into the last four with a 3-2 win.

It was their first appearance in the semi-finals since their victory in 1966 after more than two decades of underachievement by the national side.

England faced the first penalty shootout in their history in the semi-final against West Germany.

England’s semi-final was shown by both the BBC and ITV, the BBC beating its rival by two to one (16.7 million watched BBC One, 8.5 million ITV). 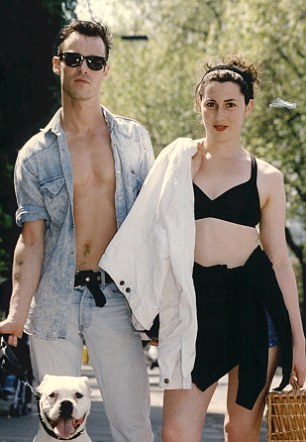