The story of Tim Sherwood, Elton John and a five-a-side pitch near the Great Wall of China encapsulates how Saturday’s FA Cup finalists were possessed with a benefactor like none other.

It dates to 1987 and an end-of-season tour in which Sherwood was a promising midfielder adhering very literally to Watford boss Graham Taylor’s maxim about training as hard as you played.

Elton, the club’s chairman and owner, whose name had opened the door to China, had joined the squad in a five-a-side game between tour matches when he prepared to receive a gentle ball, not knowing that Sherwood had different ideas. 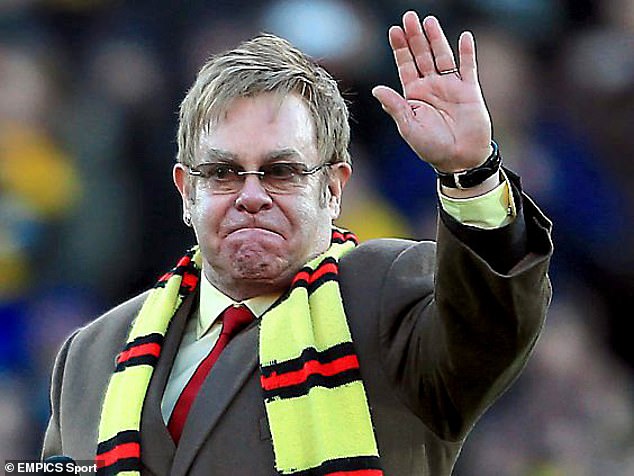 ‘He was desperate to make an impression,’ former team-mate Luther Blissett said of Sherwood. ‘I remember someone passing the ball to Elton and Tim sets off, full speed. You’re thinking, “Oh no, Tim, slow down. Tim! Tim…”.’

The entire episode seemed to play out in slow motion before Sherwood clattered into Elton, who flew up into the air. ‘It took an age for him to come down,’ related Blissett. ‘And we are all stood there, open-mouthed. Elton, to his credit, gets up, smiles at Tim and on he goes, having the time of his life.’

The same can be said of his relationship with Watford. He is the club’s 71-year-old honorary life president now, yet apparently as absorbed and enthusiastic a participant as ever, contacting current chairman Scott Duxbury almost daily with recommendations which often check out with the scouting department. ‘He’ll often text or email me: “Are you watching this second division game?” says Duxbury. ‘And I’ll say: “No, Elton. No I’m not”.’

Sir Elton, as he has been since 1998, emailed Troy Deeney after the club reached Saturday’s final, though there will be no reprise of the iconic 1984 image of him weeping when Abide With Me was played at Wembley before Watford played Everton.

He is due on stage at the Royal Arena in Copenhagen on Saturday night, behind a Yamaha piano equipped with a screen which delivers such information as football scores.

He won’t be needing it, as the game will actually have finished an hour before he takes up his seat. A solace of sorts.

He became Watford chairman in 1974 because they were his local club, he loved them and they had dropped to rock bottom of the Football League.

He was keen to hire Bobby Moore as manager but three of Watford’s directors expressed concerns, so he sought a second opinion from the then England manager Don Revie, who recommended Taylor.

This chairman was always willing to take advice, Taylor used to say. He never looked upon the club as a vehicle for self-promotion. Taylor’s autobiography, published posthumously last year, relates how, having taken his seat in the Vicarage Road dugout for the first time in August 1977, he looked along the touchline to see an unmistakable figure in platform shoes striding out towards him. 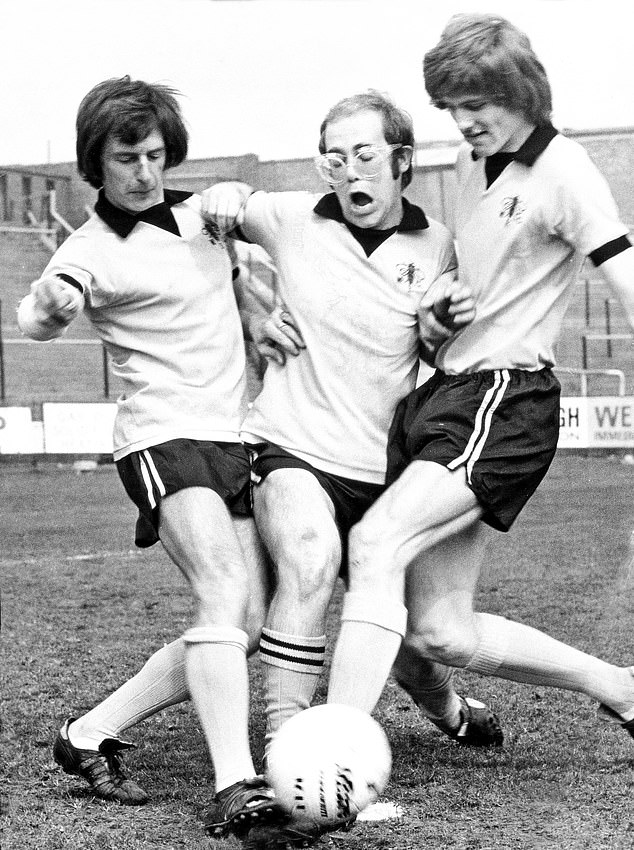 The megastar proprietor took up a position two seats down from Taylor, from where he was inclined to stand up and implore the fans to get behind the team when the mood took him.

Later, after Watford had beaten Reading in the League Cup and the players had left for home, Taylor told him: ‘It’s your club, sit where you want. But it would be better if you sat in the directors’ box.’ And he did.

He also deferred to Taylor after the side’s 1978 promotion from the Third to Second Division — part of a six-year climb from bottom rung to top — coincided with the players providing backing vocals for Georgia, a track on Elton’s A Single Man album. They each received a gold disc for this and Elton also wanted to buy them each an inscribed Rolex.

Taylor, with his no-nonsense working-class outlook, felt this was too much. There were no Rolexes. The album cover features the singer wearing a club tie. It was his own dedication to all that Taylor had achieved.

When they met Everton in 1984, there was no Cup final pop song for the players who seemed so well placed to produce one. 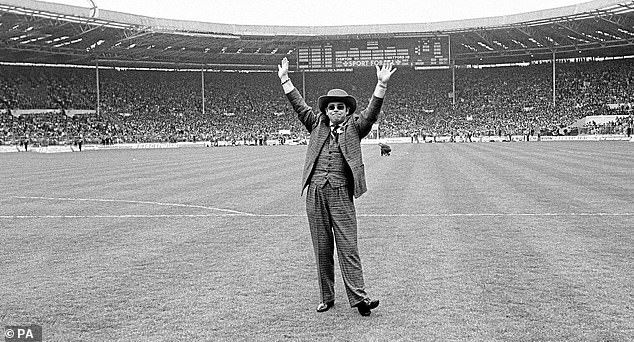 Taylor declined that, too. The owner released his single Sad Songs (Say So Much) that summer, painfully appropriate given the controversial 2-0 loss.

The musician’s extraordinarily touching foreword to Taylor’s autobiography describes the brass-tacks wisdom of a manager who was a friend and touchstone, castigating him on one occasion about the substance abuse which was taking him down.

‘His lecture to me shook me to my core. He told me how foolish I was and how I was letting myself and, more importantly, the club down,’ Sir Elton wrote. ‘Passionate and committed we were. An unstoppable force of nature. And how we all enjoyed it. It was for me like finding a new family.’

Blissett relates in the superb book Rocket Men: Tales from the Vicarage how the players would play Elton’s songs on the cassette of their team coach to away games. They would have Bennie and the Jets blaring ‘as loudly as the system would allow’.

They called him Mr Chairman but were not star-struck by the man who joined them in dressing-room celebrations when they were promoted and who agreed to help in the clandestine purchase of duty-free whisky on one of the China tours. Clandestine, because Taylor would not have approved of that, either.