With Álvaro Fernández performing well between the posts and with striker Joselu boasting the second-highest goals tally in all of LaLiga Santander, Espanyol are rising up the standings.

It has been a long time coming, but Diego Martínez’s RCD Espanyol are back and they’re looking to shake up the standings. After a slow start to the season under the new coach, things are finally starting to click for Los Pericos and they are in the middle of an impressive unbeaten run spanning the four matches since LaLiga Santander returned after the World Cup.

Martínez’s side began the second half of the season with an impressive 1-1 draw away to FC Barcelona, the first time they had managed to pick up a point at the Spotify Camp Nou in over 13 years. They followed it up with another hard-earned draw in a Catalan derby against Girona FC.

Next, Los Pericos earned a 2-1 win at Getafe CF, their first victory at the Coliseum Alfonso Pérez for 10 years, and then they had a hugely satisfying 1-0 home victory over Real Betis on Saturday, which saw them record back-to-back league wins for the first time this season.

RCD Espanyol are playing how Diego Martínez wants them to

Martínez’s side have pulled three points clear of the relegation zone, climbing up to 12th in the LaLiga Santander standings. And, perhaps most importantly, the team are now playing how Martínez wants them to: playing on the front foot, pressing teams high and never sitting on their advantage.

“The team played well in every aspect and we deserved the win, as we hit the woodwork, we had a goal ruled out and we went all out for the second goal,” said the coach after the victory.

Martínez had every right to be pleased, as his time with RCD Espanyol has been far from easy. He arrived at the club with a well-earned reputation as one of the brightest young coaches in Europe, after his stellar work with Granada CF, when he led the Andalusian club to promotion back to LaLiga Santander in his first season in charge and then steered them to seventh place in their first campaign back, their highest ever finish in the top flight. 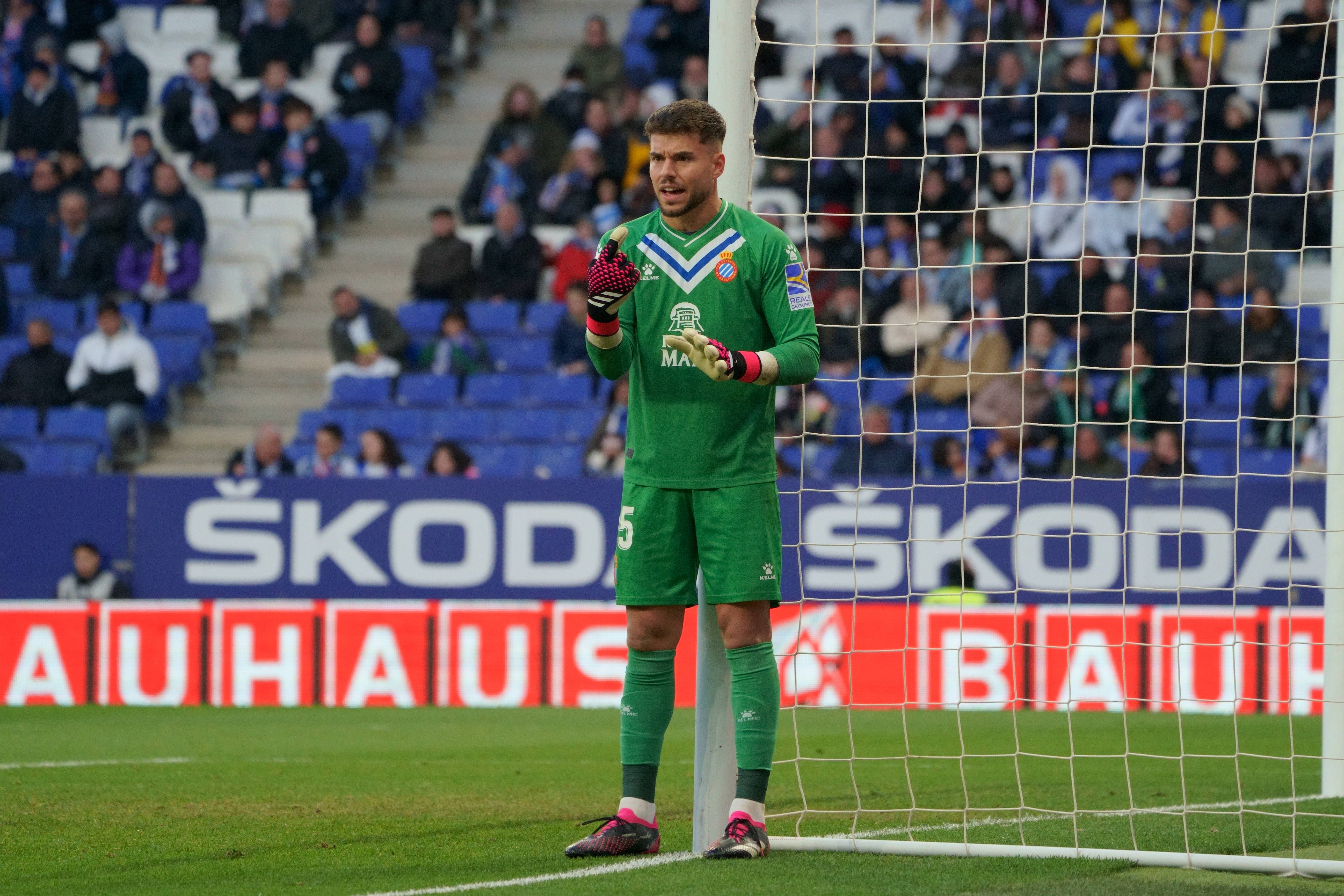 He continued to perform miracles the following season, leading Granada CF to the quarter-finals of the Europa League, beating European giants such as PSV Eindhoven and Napoli in the process before falling to Manchester United.

After a frenetic few years, Martínez decided to take a year off to study other coaches, before he got back to work last summer when RCD Espanyol came calling.

However, it was far from a comfortable start. The team won only two of their first 15 matches and spent most of the campaign in the relegation zone.

The team could at least take one positive from their tough run of results: they were rarely outplayed and only lost by two goals on two occasions. Between September and November, they only lost four matches and now their hard work is paying off.

“The team are working hard every day, but this is not new,” Martínez added. “Everything takes time. We aren’t looking back, we’re looking forwards.”

Álvaro Fernández and Joselu: Contributions in both penalty areas

The team’s resurgence has been down to many factors, but two players in particular have stood tall: goalkeeper Álvaro Fernández striker Joselu.

Joselu has rediscovered the excellent form he showed early in the season, scoring in three of the last four games. He kept his nerve to score from the penalty spot against FC Barcelona and, after also netting against Girona FC, he demonstrated how high his confidence is with an extraordinary goal against Getafe CF, launching a shot from the halfway line into the n…

Tribal FootballBenfica coach Roger Schmidt says they'll be fine after the sale of Enzo Fernandez to Chelsea. As the two boards were haggling over Fernandez's €120m fee, Benfica were defeating Arouca last night…