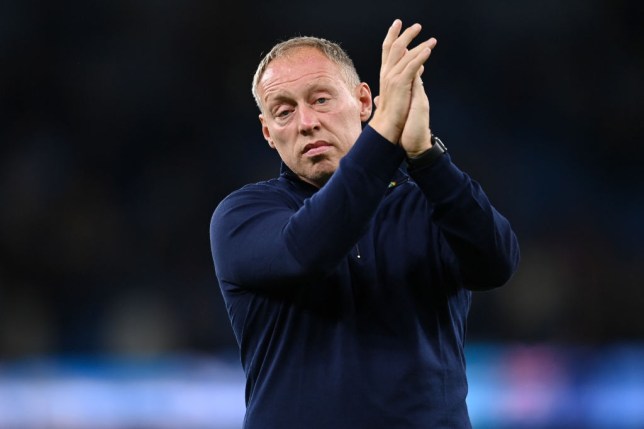 Boss Steve Cooper is looking to use the club’s history as a motivational tactic (Picture: PA)

Steve Cooper has declared Nottingham Forest’s history is something those currently at the club embrace and want to use as motivation as they look to create ‘new moments’.

They host Manchester United tonight in the semi-finals of the latter competition before heading to Old Trafford for the second leg a week later.

Asked about the importance of the club’s history, current boss Cooper, who last season guided Forest back to the Premier League after a 23-year absence, said: ‘I think we embrace it. We try not to (let) it be a hindrance or an added pressure. We want to use it as a motivation, to understand who we are and what we represent.’

Forest were bottom of the Championship when Cooper became boss in September 2021 and he said: ‘I’ve said from the moment I walked in you can’t get away from the history of this club, and you shouldn’t.

‘So embrace it, represent it as best you can, but in a modern way, in that we’re trying to look forward, trying to create new eras, positive eras, new moments.’

Forest are currently 13th in the top flight and head into the tie against Erik ten Hag’s United having lost just twice in their last 11 matches.

Cooper added: ‘We’re really excited about it, that’s for sure, and to put Nottingham Forest on the stage of the semi-final of an important competition is right, and it’s been a long while.

‘We’re really pleased to put the club on this stage again and we just want to make sure we do ourselves justice.’

Forest aren’t the only ones trying to recapture former glories, with United approaching six years without a trophy. The progress under Erik ten Hag has been such that there was talk of United pushing themselves into title contention but, having lost 3-2 at Arsenal on Sunday, the Carabao Cup represents a shot at silverware they really can’t afford to miss. Marcus Rashford’s outstanding post-World Cup form has brought nine goals in as many games, including one in the 3-0 win over Forest in the league last month. Forest have been a tougher nut to crack since but United go into the s…