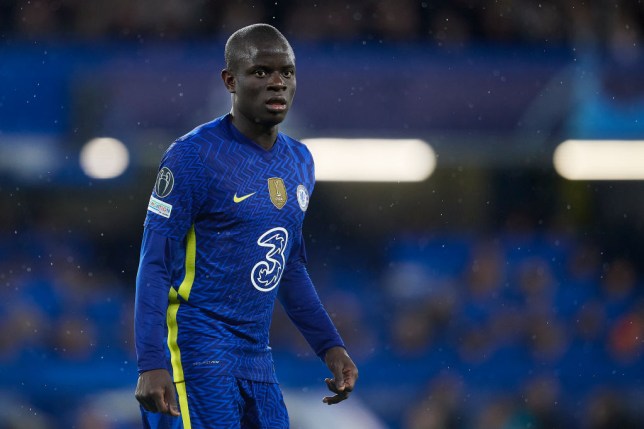 Kante’s Chelsea contract is up next summer (Picture: Getty Images)

Chelsea are set to make midfielder N’Golo Kante available for transfer for a reduced price in the summer due to his contract situation, according to reports.

The 31-year-old’s current deal at Stamford Bridge expires in the summer of 2023, with new terms yet to be agreed.

Though Kante is regarded as one of the world’s best in his position, the France international has struggled with injuries over recent seasons.

Meanwhile, Manchester United are searching for a new signing in the central midfield position this summer.

According to The Athletic, new United boss Erik ten Hag is pushing for a move for his former player at Ajax, Frenkie de Jong, who is now at Barcelona, while Declan Rice is of interest.

The report states that Kante is also under consideration for the Red Devils, with the midfielder expected to be made available for a cut-price fee based on the short length left on his contract and Thomas Tuchel wanting to change up his options in the middle of the park.

Chelsea boss Tuchel has described Kante as a ‘key’ player for the club but is concerned about the number of games he misses through injury.

‘I think he is our key, key player but key players need to be on the pitch,’ Tuchel said earlier this month.

‘He plays only 40 per cent of the games and it’s maybe a miracle we arrive in third place because he is our Mo Salah, he is our Van Dijk, he is our De Bruyne. He is simply that player, he is our Neymar, our Kylian Mbappe.

‘He is the guy who makes the difference, if you only have him 40 per cent it’s a huge problem.

‘Given that percentage it’s a miracle of how consistent we produce results and puts everything in to perspective. I saw Liverpool last season with Van Dijk and they struggled heavily. You see the difference, N’Golo is our key player and he needs to be on the pitch.’