So after 63 games, the 2021/22 season is over. A Super Cup, Club World Cup and third-place finish in the Premier League securing Champions League football for next season. A lot of great moments, a lot of below-par moments with lots of things going happening on and off the pitch.

Have your say on who picks up the football.london‘s player of the season award.

Given Mason Mount’s attacking output this season, I understand why he retained the club’s Player of the Season award, which was voted for by supporters. But my choice would be Silva – and by some distance. It’s been a pleasure to watch the Brazilian this season; he is undoubtedly one of the best defenders to have played for Chelsea.

His on-the-ball ability, reading of the game, leadership, and much more have shone through in every single match he has played. And the level Silva is performing at given he is now 37 years old is truly astonishing. He is a class act and Chelsea are lucky to have him tied down to a contract for next season.

Goal of the season: Mateo Kovacic vs Liverpool

Not sure there is too much explanation needed here as to why. The technique was flawless and it gave Chelsea the momentum needed to come back from two goals behind.

Best moment of the season: Callum Hudson-Odoi’s goal vs Juventus

Chelsea produced their best performance of the season back in November when Juventus visited in the Champions League group stage. Trevoh Chalobah opened the scoring and Reece James added a second. Then it was the turn of Callum Hudson-Odoi, who guided his shot beyond Wojciech Szczesny to make it 3-0.

The atmosphere inside Stamford Bridge at the moment was raucous and there was genuine belief that this Chelsea side could go on and achieve big, big things this season in the Premier League and Champions League. Unfortunately, that didn’t prove the case – and Ben Chilwell’s injury late in the game against Juventus was part of the reason why.

Funniest moment of the season: Antonio Rudiger vs Malmo

I’m not even going to try to explain what the German did. Just watch the video below.

Surprise of the season: Roman Abramovich puts Chelsea up for sale

This was something nobody saw happening. Not this season. Not next season. Not for years to come. Yet Russia’s invasion of Ukraine in February quickly resulted in Abramovich deciding to sell the club he bought back in 2003. A takeover by the consortium led by U.S. billionaire Todd Boehly is now almost complete and for the first time in 19 years, the Blues will not be going into a summer transfer window with Abramovich as owner.

Among the chaos that has been Chelsea’s defence in the latter stages of the season, the Brazilian veteran has once again handled himself with class and composure.

It’s mind-boggling that he is the age he is and he is still performing at this elite level. When does it stop? For Chelsea supporters, hopefully not anytime soon…

Goal of the season: That Mateo Kovacic strike against Liverpool

Not only was it in such a big game, it was just sensational technique from the Croatian.

Best moment of the season: It happened very recently, but Thomas Tuchel reacting to his banner at Stamford Bridge was special. With everything the fans and Tuchel have been through over the last few months because of the uncertainty regarding the club, that special moment just showcased the mutual fondness the coach and the supporters have for one another.

Surprise of the season: Timo Werner

I fully expected the German to have a tremendous second season in blue after what was a pretty disappointing debut campaign with the club. After watching him play on numerous occasions for RB Leipzig, it’s absolutely baffling how different a player he looks now. I fear Werner could be on his way elsewhere over the summer transfer window.

An absolute privilege to witness his performances live which gives you a greater appreciation for his awareness and anticipation. One of the game’s greats who is still performing at a high level and remains committed to Chelsea.

Goal of the season: I mean if it isn’t Kova against Liverpool then we really shouldn’t be doing this award.

Best moment of the season: Beating Newcastle days after the sanctions hit. Despite the fear, uncertainty and chaos surrounding the club, Stamford Bridge remained united and behind their club with supporters feeling a raw sense of emotion to protect the club they love. Kai Havertz’s last-minute strike caused bedlam and Thomas Tuchel’s celebrations after were inspiring.

Funniest moment of the season: Antonio Rudiger scoring from one of his long-range efforts – even though it ended in a barmy 4-1 capitulation to Brentford, I felt lucky to be in attendance the day one of those 0.01 xG efforts went in, sparking chaos inside the Bridge. Oh and Liverpool watching Steven Gerrard fumble another title for them on the final day, was highly enjoyable. 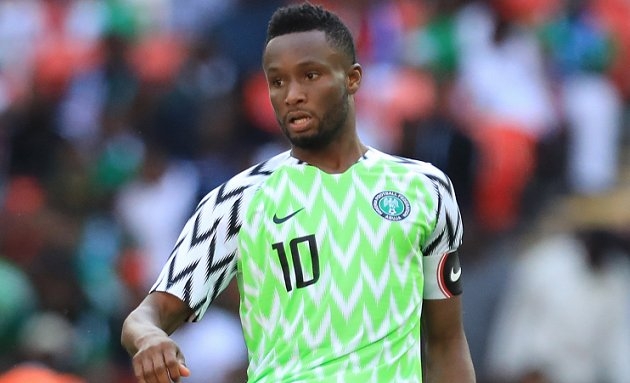