WHAT HAPPENED? The Germany international has lauded the rich vein of form of his former team-mate, Haaland, who has scored 12 goals in seven matches across all competitions since joining City from BVB. He insists that the Norwegian’s threat can be nullified on the pitch, but acknowledges it will “not be easy”.

WHAT THEY SAID: “It’s simply sensational how he is performing at the moment in Manchester,” Reus said. “It helps that his teammates are not the worst!

“How do you stop him? Good question. It’s not easy to stop him. One of the keys is not to be too late with your decisions, to be good at anticipating what is going to happen. You have to stay close to him to be able to stop him as much as possible for 90 minutes. Then you just have to hope he doesn’t have his best day.”

THE BIGGER PICTURE: Reus and Haaland linked up at Dortmund to great effect for one and a half seasons before the striker made his big-money move to City. The 22-year-old will be reunited with Reus and the rest of his former colleagues when the Bundesliga outfit arrive at the Etihad Stadium on Wednesday night.

BVB BuzzBorussia Dortmund is a club with a tradition of Brazilian players making a big impact. As the golden Dortmund jersey resembles the bright colors of the Seleção, the Brazilians who played for us seem to feel…

BVB BuzzSix Brazilian wonderkids Borussia Dortmund should look to keep tabs on by Pedro D'El RodriguesBorussia Dortmund are being linked with a move for Liverpool midfielder Naby Keita, who could be available…

BVB BuzzHansi Flick has refused to rule out the possibility of Mats Hummels making the Germany squad for this year’s FIFA World Cup.Mats Hummels has enjoyed an excellent start to the season for Borussia Dortmund,…

BVB BuzzBorussia Dortmund came away with a disappointing 2-1 loss against Manchester City on matchday two of the Champions League. Late heroics from John Stones and Erling Haaland saved the game for City, which seemed to be…

Tribal FootballManchester City forward Erling Haaland was delighted to score against Borussia Dortmund on Wednesday. Haaland face his former club just months after joining City, who came from behind to win 2-1 at Etihad… 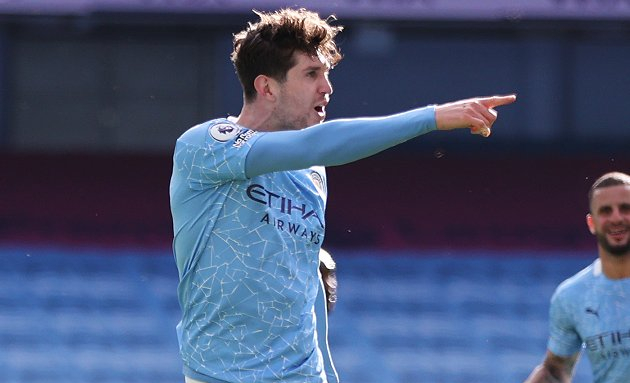 Tribal FootballJohn Stones has admitted Manchester City were far from their best against Borussia Dortmund on Wednesday. Jude Bellingham put Dortmund ahead before Stones and Haaland won the game for City. Speaking after the…

Tribal FootballJohn Stones has admitted Manchester City were far from their best against Borussia Dortmund on Wednesday. Jude Bellingham put Dortmund ahead before Stones and Haaland won the game for City. Speaking after the…