Less than a year ago, he was up at 6am every day to work on a building site. Before then, he was a cleaner. Before that, he separated rubbish for a waste management company. A particularly smelly job, he confirms.

Having arrived in England via Gambia and Madrid, his first club Redhill paid him £40-a-week in the Combined Counties League to supplement his day jobs. 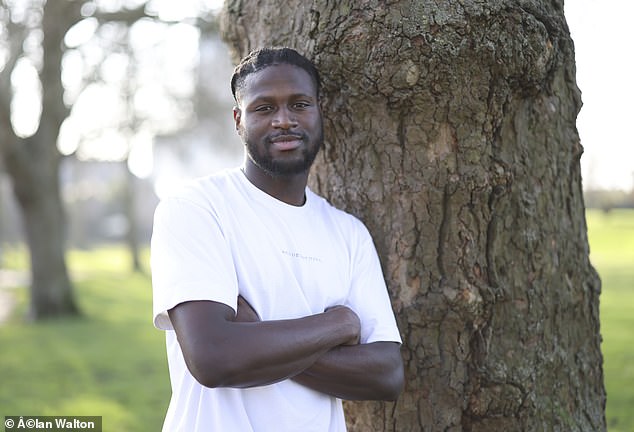 Thankfully, the years of toil paid off. At the age of 24 last July, he finally got the chance to turn full-time pro. And next weekend, thanks to the beauty of the FA Cup, he’ll share the limelight with Harry Kane and Kevin De Bruyne as his non-leaguers face Premier League hopefuls Bournemouth in the fourth round, live on television. ‘It’s taken a while but I’m fulfilling my dream,’ says Mendy.

‘Last season, at Wealdstone, I’d play or train on a Tuesday night, get home and midnight and be up at six to be on the construction site at half-seven. My body would still be sore and aching from playing football but I had to do it. My last job was building houses in Kensington.

‘I used to do everything, carrying, lifting big loads, it was my job. I used to go even though I was still tired, aching. I just had to do the work, rest if I had time. That was my life until July.

‘I’d tell my work-mates I was going to make it in football, They were happy for me when I signed full-time for Boreham Wood.

‘You hear footballers at the top level complaining about things like too many matches but maybe they aren’t aware of what other people are going through. 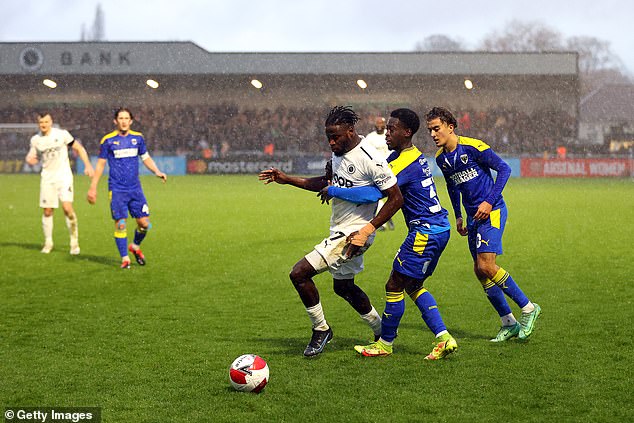 Mendy worked as a builder, a cleaner and a rubbish worker but is now starring in the FA Cup

‘In the lower leagues you play every Saturday and Tuesday, and those guys have other jobs or are studying. That’s difficult.’

Boreham Wood are in the mix for promotion from the National League this season and grabbed attention with an impressive 2-0 win over AFC Wimbledon in the FA Cup third round. They are also still involved in the FA Trophy.

Their talisman, Adrian Clifton, has worked his way up from prison, being helped along the way by Ian Wright, but his is not the only remarkable story in the Wood army as they are known.

Mendy moved from Gambia to Spain to join his father at the age of six and spent a year at the Atletico Madrid academy before ending up in the Third Division.

At 19, the family moved again to England. He didn’t speak a word of English but worked hard on and off the pitch to make his way.

‘I worked for a recycling firm called Bywaters — the hardest job I ever had. I was also a cleaner at the ExCel Arena in London: comic book conventions, make-up conventions. Having to clear everything.

‘My first team was Redhill. I scored 17 goals and 19 assists and moved to a higher standard at Carshalton. Then Wealdstone. I scored 19 goals in two seasons. Boreham Wood wanted to sign me. The manager Luke (Garrard) wanted what I wanted — to play in the Football League. 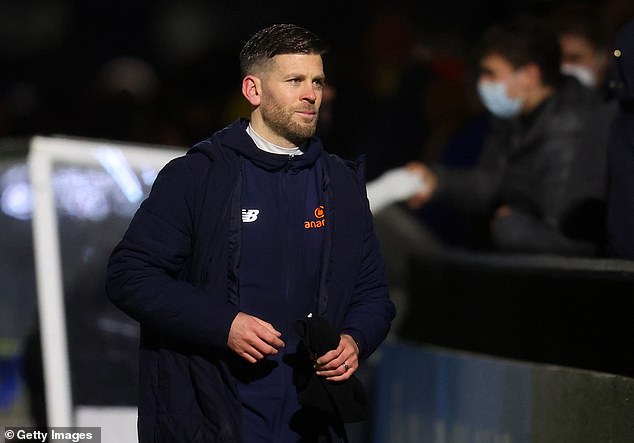 Like Mendy, Boreham Wood manager Luke Garrard is eager to get to the Football League

‘Within two months, I was improving as a player. He’s delivering on his promises.’

Boreham Wood splashed a club record £20,000 for Mendy who has exceptional energy to help out in attack and defence. It’s a drop in the ocean compared to the £25million cup opponents Bournemouth paid for their most expensive player, Jefferson Lerma.

‘The pressure is on Bournemouth not us but our mentality is to win the game and go as far as we can in the FA Cup,’ says Mendy.

‘If we are lucky to get into the fifth round, I have a couple of wishes. Tottenham would be nice because I live next to the ground and I would ask the gaffer if I could walk to the game! Sometimes if I am at home and Spurs are playing, I see the thousands of people walking past to the stadium.

‘Manchester United would also be a dream. In Spain, my team w…