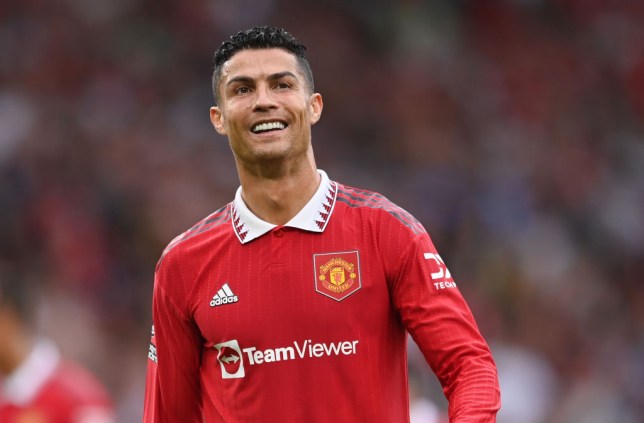 Cristiano Ronaldo ‘would be perfect for Arsenal’, according to David Seaman (Picture: Getty)

David Seaman has urged his former club Arsenal to sign Cristiano Ronaldo with the Portugal superstar a free agent after leaving Manchester United.

United terminated Ronaldo’s contract with immediate effect on Tuesday with the 37-year-old now able to join whichever club he likes after the Qatar World Cup.

United were furious with Ronaldo’s criticism of boss Erik ten Hag and the club’s owners during his explosive interview with Piers Morgan, which aired in two parts on TalkTV last week.

Ronaldo claimed he had ‘no respect’ for Ten Hag, accused the Glazer family of failing to improve United’s facilities at the club’s training ground since Sir Alex Ferguson retired in 2013 and blasted his younger team-mates at Old Trafford.

Morgan is now attempting to convince Ronaldo to join Arsenal and Seaman agrees that it would be the right move for Mikel Arteta’s side.

‘Ronaldo is far from done and he would be perfect for Arsenal,’ Seaman told TalkTV.

‘I would applaud him [for the interview] because he’s obviously talking the truth. A lot of the stuff he came out with, is not stuff we haven’t heard.

‘We have heard a lot of other experienced players moaning and criticising Man United for the way the ground is and the training.

‘That shocked me and that shouldn’t be happening. He’s been all around the world and seen how everywhere has progressed and he comes back to his beloved Man United and nothing has changed.

‘There was a lot of stuff in the interview that I didn’t know about the way he had been treated.’

ðŸ—£ï¸ â€œNo, I donâ€™t think so. I think itâ€™s something that hasnâ€™t even been discussed. There has been no comment on this when we are together.â€

Another former Gunner, Emmanuel Petit, disagrees with Seaman and feels Premier League leaders Arsenal should avoid a move for Ronaldo.

‘Do you think Arsenal, Chelsea, big clubs like this, could be interested in taking Cristiano?’ he told Compare.bet.

‘They will think twice when realising what’s happened in the last couple of months between Manchester United and Ronaldo.

‘Do you think a club will take the risk of becoming the next victim? No, I don’t think so.

‘With all the good work Arteta and Edu have done over the last two or three years in the transfer market, with their transfer policy…

‘Do you think he would take the risk, for one second, to …