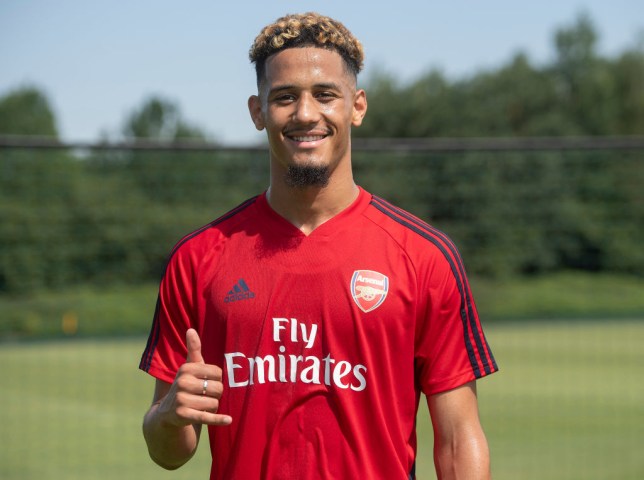 The young centre-back will be handed an integral role back in north London (Picture: Getty)

Arsenal have communicated to William Saliba that he will be an important part of the first-team squad next season and could even offer the defender a new contract, according to reports.

The Frenchman enjoyed a stellar season on loan at Marseille, winning Ligue 1’s Young Player of the Season award, and he had been keen to remain at the club after they secured Champions League football.

But Arsenal have no desire to loan him out for a third time or sell him and, according to French newspaper L’Equipe, have informed the 21-year-old that he is part of Mikel Arteta’s plans.

In fact, Arsenal have gone as far as to promise the centre-back an ‘integral role’ in the team, with Saliba potentially ousting one of Ben White or Gabriel Magalhaes.

There is a recognition at the north London club that they have a massive talent on their hands and they want to start reintegrating him back into the setup.

Marseille are resigned to missing out on landing Saliba on a permanent deal and have already begun looking for alternatives, with Le Havre’s Isaak Toure – who shares an agent with the Gunners loanee – their top target.

Arsenal’s decision-makers have also had conversations about offering Saliba a new contract to reaffirm their belief in him, with his current deal expiring in 2024.

Whether Saliba accepts that offer is another matter, and the young defender may want to see if Arteta follows through on his promise to play him more before committing to an extension.

The former Saint-Etienne man was far from happy with how he was treated by the Arsenal boss two summers ago, not even making the matchday squad for a first-team match, dropping down to the development squad and then being loaned to Nice in January 2021.

Arteta confirmed that he expected Saliba to be part of his squad next season in an interview with RMC Sport, saying: ‘He has to come back.

Saliba’s performances earned him a call-up to the France team (Picture: Getty)

‘He has the experience and has been in the necessary environment in order to be competitive with us.

‘If he had stayed with us this year, where we had one Premier League game every week, with Ben White and Gabriel, he wouldn’t have had half the playing time he had with Marseille, that’s for sure.

‘For his growth and what he can do next season, that wouldn’t have been good. William wasn’t with us because he wouldn’t have had the playing time to gain experience. That’s it, there’s nothing else.’