Alex Scott and F365 are taken to task in the Mailbox. Also: contrasting opinions on the One Love armband fiasco, and an apology to Scotland…

Keep your views coming in to [email protected]…

Yellow peril
So, the threat of a yellow card was all it took for England to abandon their principles. Never before have I witnessed England start a world cup with such dominance yet walk away feeling it was nothing more than a limp swagger.

Clearly I wasn’t in the room but I’m quite sure Harry Kane was presented with an uncomfortable moral dilemma that the 3 lion navy suits diplomatically and forcibly advised him on.

What I can’t understand is why he didn’t see the bigger picture. Why didn’t he have the strength of character to say “No”. Imagine the scenes, an England captain making a statement with such gravity it would be heard around the world.

Granted it would put the referee in a difficult position but is that a valid reason to complete dodge the issue? If the referee keeps his cards in his pocket then the earth jolts on its axis, if he doesn’t then the hypocrisy of FIFA is laid bare on a global scale. Either way the means justify the end and we’re left with an iconic and defining moment in history.

…Has anyone considered the fact that the teams have been told they will be kicked out of the country if they wear a pride armband?

So essentially, they wear the armband, no world cup. I believe that we should stop giving out the erroneous crap to players for being “weak” because they have simply been given an ultimatum, as mentioned above.

Give the players sh*t for missing their man, giving away a penalty etc, but it isn’t fair to criticise when they have absolutely no control.

For what it’s worth, that’s the best I’ve seen England look at the beginning off a tournament for years, not skill/application etc, simply fitness. This could be the first world cup where we’re actually on an even keel with other countries in terms of fitness. Sure other nationalities play in the Premiership, but they look less knackered too.
Fat Man
P.S. please stop comparing Bellingham to Gerrard/Lampard – he is streets ahead of both of these in terms of footballing ability “yeah but he scored a goal like Stevie G and that’s our only point of reference etc”. Gerrard and Lampard were both shit at international level, time after time after time yet people somehow think they’re legends. Move on, this group is on another level, see Lampard and Gerrard at management level to show you how much they know about football.

Four > five
While conceding a couple goals will become increasingly dangerous as the tournament goes on, I think that it is naive and pretty basic to assume that having an extra defender is plainly beneficial to this England team. Wouldn’t it make more sense to set players up in a system that more closely resembles the ones that most of them play year round? Yes England have primarily played with a back three for the past few years, but the cumulative hours spent doing so are absolutely dwarfed by the time that many of them have trained and played in systems with four defenders. “Only Iran” and all of that, but there was a greater sense of fluency than we have seen, and I can’t help but think that the system helped the players be more instinctive.
Dan, CNY

Mount defence
Is that mail from Tom on Mount serious?! I think this just goes to show who actually watches the game and who just checks whether the players got a goal or an assist. Mount was absolutely everywhere. His pressing was relentless. He won the ball back 4 times. He won 7/7 of his duels. He was the most fouled player on the pitch. I’ve long said Mount is perfect as that 8 on the left hand side. He has everything you want in a midfielder. He is brilliant on the ball, he will always find pockets of space that are dangerous. But he does the pressing from the front too, he never stops making those annoying runs for defenders.

I sent this mail in a few weeks ago regarding him but I genuinely can’t fathom how people don’t rate him. I think it’s because he’s not as aesthetically pleasing as Foden, Grealish or Maddison. But Mount offers something completely different while having the same if not better numbers than those players. He was double figures in both goals and assists last season. He’s been Chelsea’s POTY for two seasons running. He’s been a starting player for England for about 3 years now. Every manager he’s ever had has rated him and his teammates too. Just look at what Sterling said about him on Sunday. Mount is probably one of my favourite players right now just because he has absolutely everything. It’s the reason I liked Gini Wijnaldum so much.
Dion, Arsenal.

Alex Scott having it both ways
I can’t imagine this will be a popular viewpoint but at the end of the day, Alex Scott is still in Qatar legitimising the current iteration of this competition much as she was in Russia four years ago.

We all watched Ian Hislop tear Gary Neville a new one for his whole “I’ll criticise them from their country” bullshit, to watch this form of protest and praise Scott for the same thing is nothing more than rewarding her for having her cake and eating it too.

If any nation, FA or highly paid pundit really gave a shit about their principles then they wouldn’t even be at this World Cup. Throwing on the armband, well intentioned or otherwise, is little more than a publicity stunt that benefits Alex Scott and anyone else doing this performative activism much more than it does those who are enslaved, mutilated and murdered for their sexual orientation.

Nobody getting paid to be in Qatar right now has a leg to stand on and as a non straight person myself, I find this deification of such a person morally repulsive.
Jon, calling me a hypocrite wont challenge my argument, Notts

F365 can’t preach and profit
Is it just me, or is the incessant “holier than thou” position that F365 is taking to the World Cup turning readers off against the website?

I for one, have stopped going to the website as all their opinion pieces are dripping with a very snide sense of superiority, which is all fine, were it not for every square inch of F365 website riddled with ad space to generate income from clicks.

There are many things I (and many others) don’t support in context of this world cup (no point reiterating all the negatives that are obvious), but it seems that many have reconciled the fact that they still want to watch and enjoy it, and not sit on their moral high horse about it.

If 365 have such exemplary morals, there should be no issue in suspending ad-space on the World Cup related articles so you do not monetize this abhorrent event, yes?

I challenge you not to sit behind the excuse that you are writing 10 opinion pieces a day because the audience is waiting to read your content. Own up to the fact that your ad-riddled pages (and hyperlinks to other embedded articles) are there to generate clicks and revenue.

If you are as decent and moralistic as you claim, you should stop making revenue off ads from the World Cup related pages for the duration of the world cup.

Put your money where your cursor is. 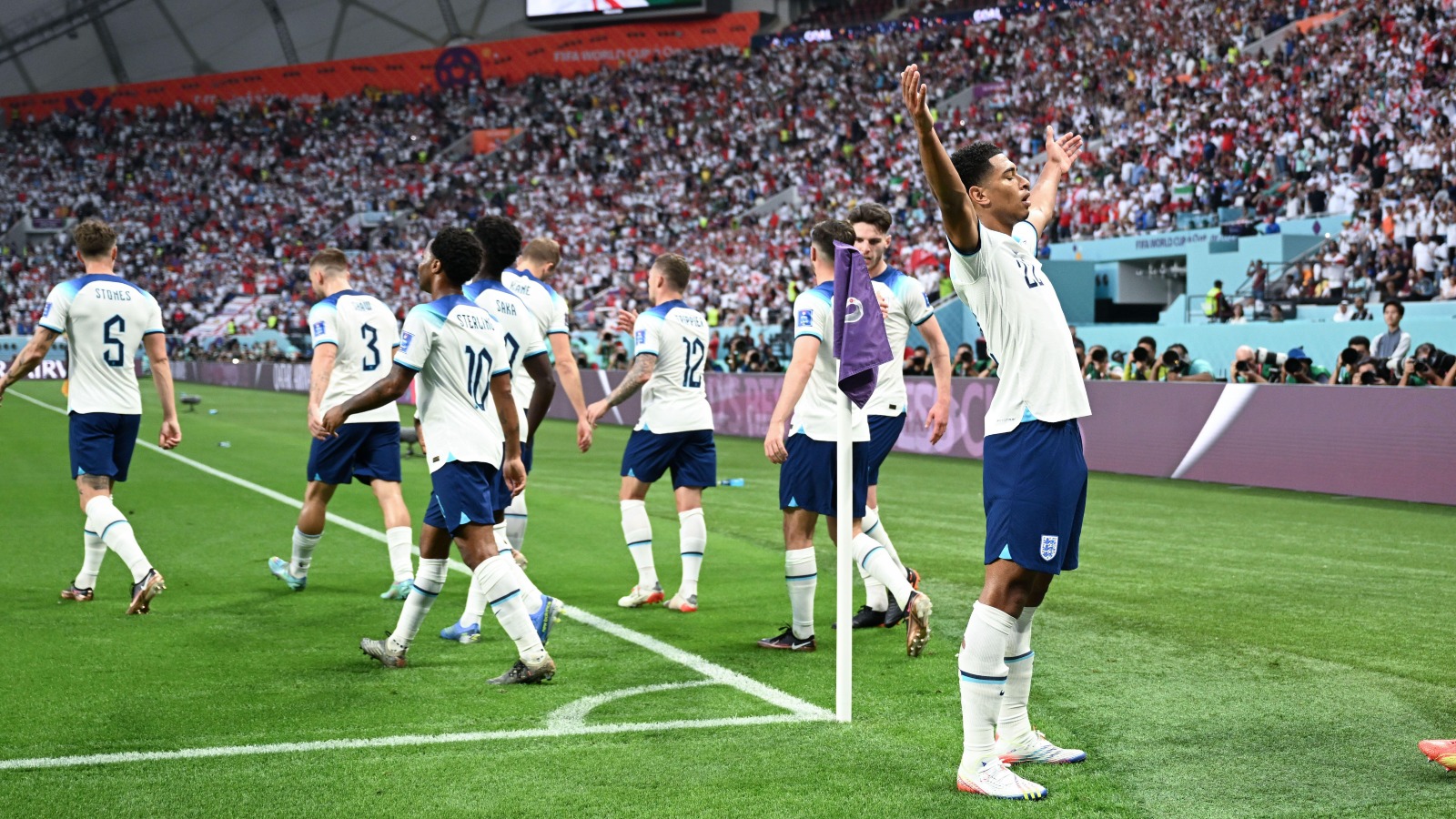 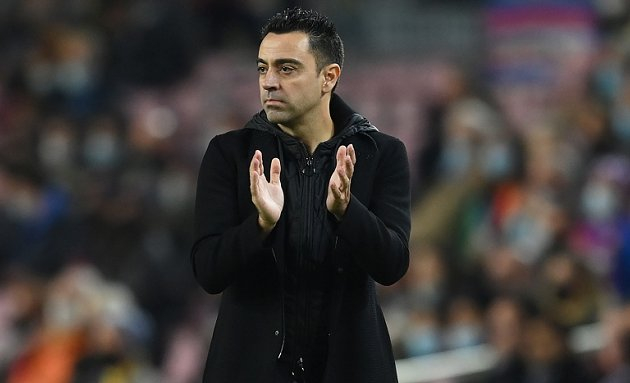 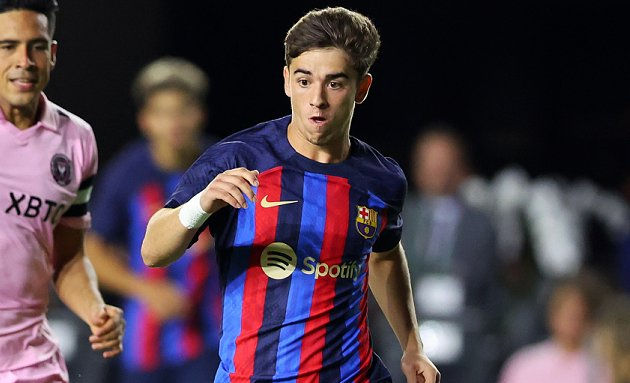 Tribal FootballSpain coach Luis Enrique says Barcelona midfielder Gavi is a player who can define an era. The Asturian has blind faith in the Barça player. He said: "The most surprising thing for everyone is that… 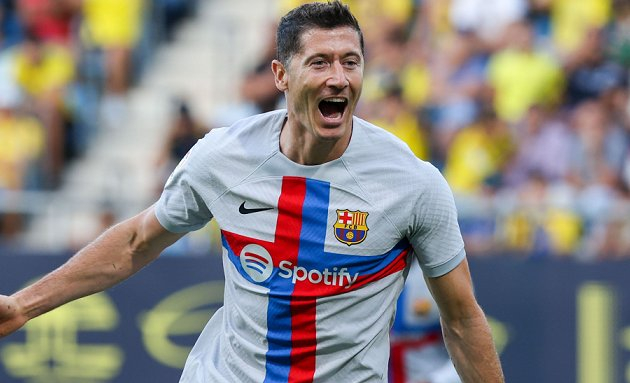 Tribal FootballRobert Lewandowski is floating after scoring in Poland's World Cup win against Saudi Arabia. Lewandowski netted his first goal in the World Cup in Poland's 2-0 win. The Barcelona forward missed a… 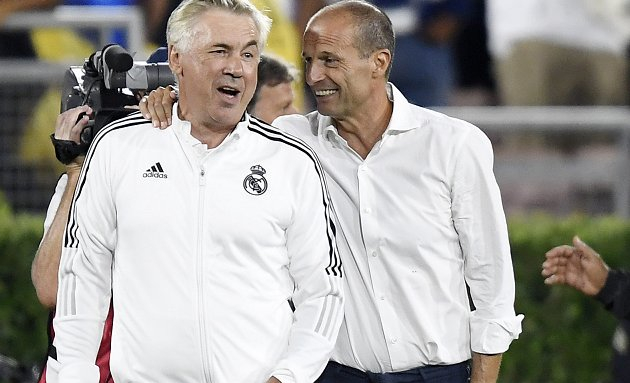 Tribal FootballReal Madrid coach Carlo Ancelotti says he's supporting Canada at the World Cup. Speaking on Italian radio, the 63-year-old expanded on his reason for backing the Maple Leafs. "I will be cheering for… 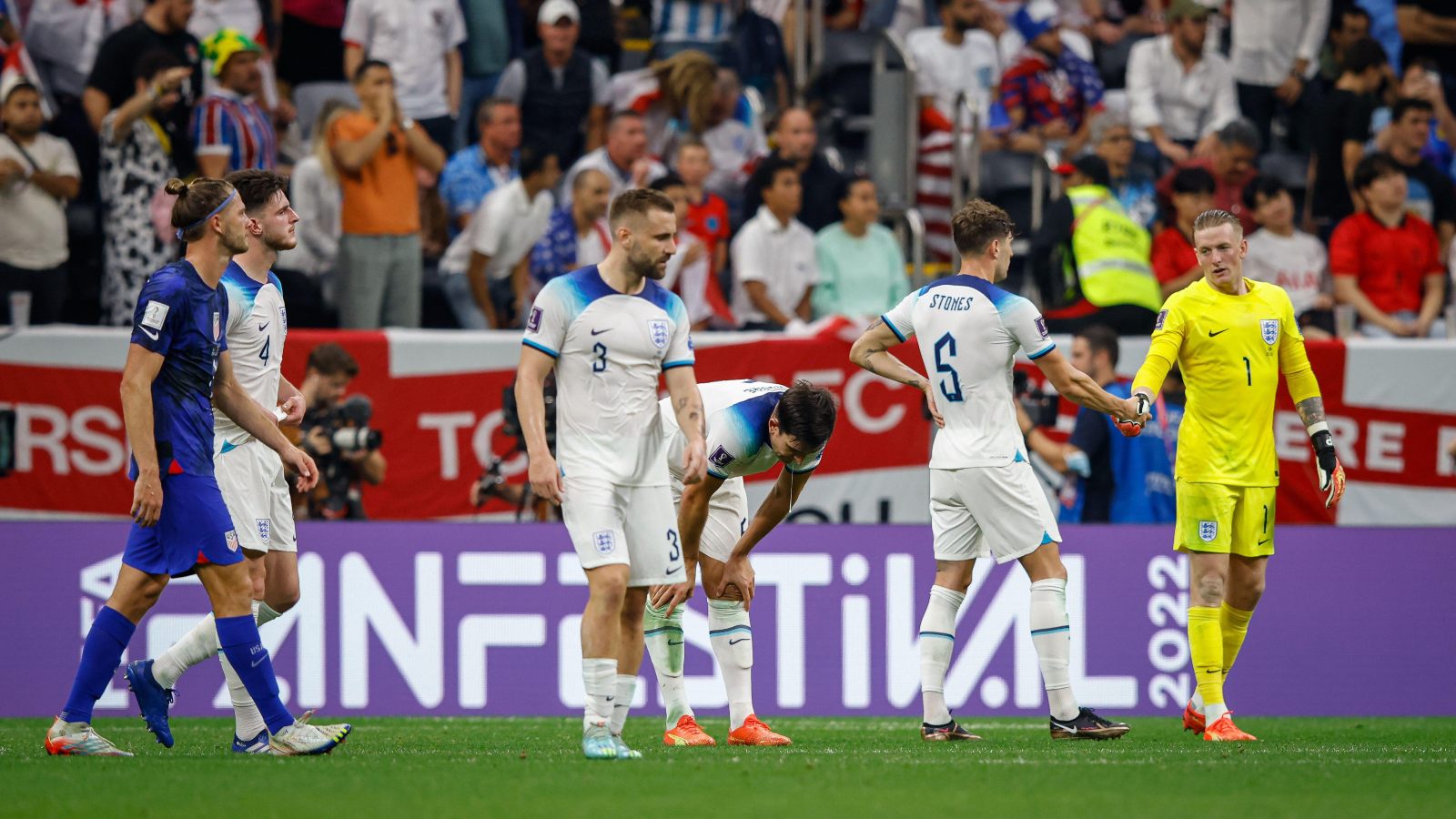 Football 365We have a bumper Mailbox full of reaction to England’s 0-0 draw against USA with Gareth Southgate’s side now on the verge of qualification from their group. But some fans are far from happy. Send your… 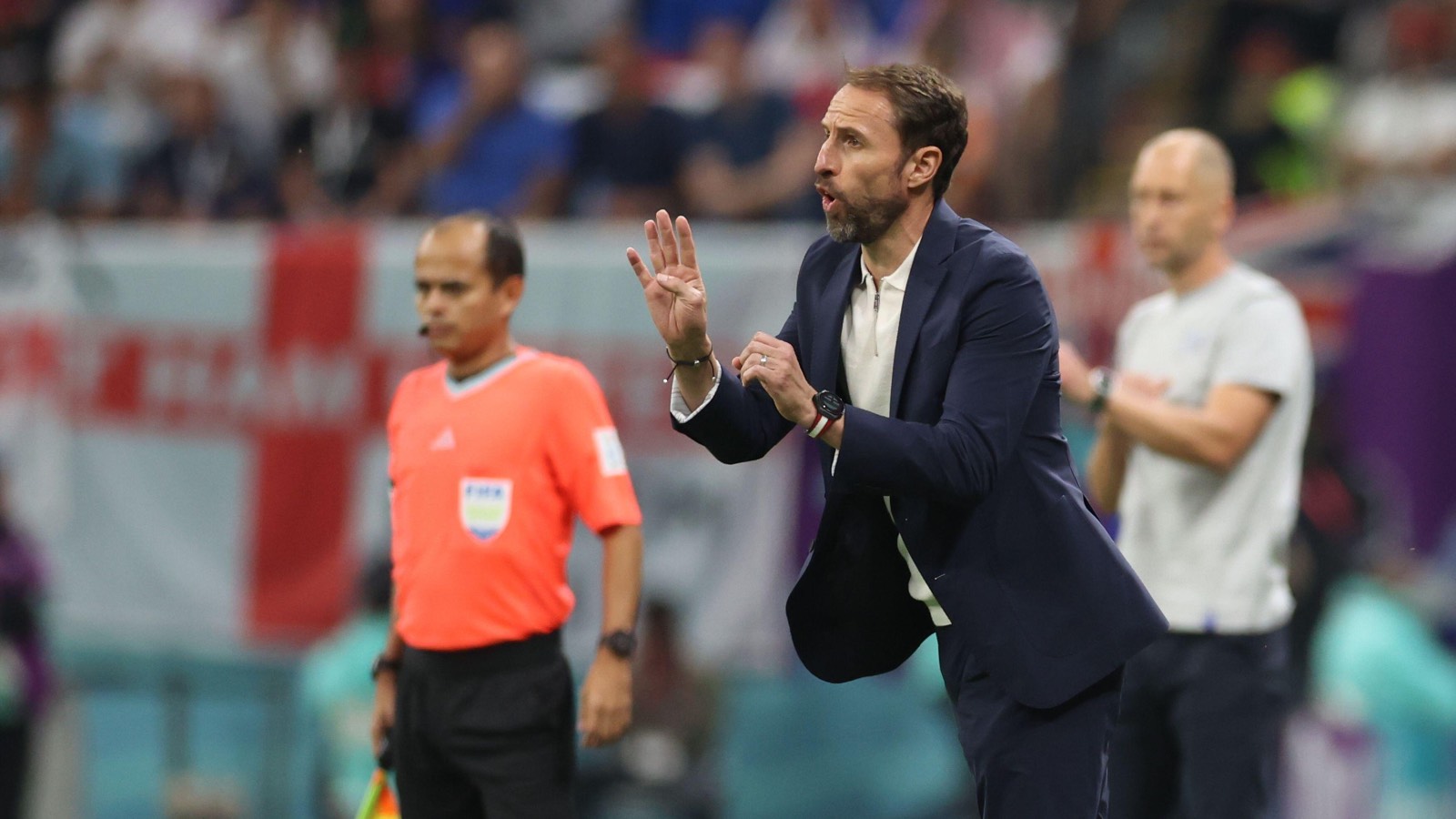 Would an England World Cup win in Qatar be in spite of Gareth Southgate?

Football 365That was ‘rancid’ and ‘onerous’ according to one ‘fickle moron’. The Mailbox reacts to England 0-0 USA with some more stuff besides… Send your thoughts to… 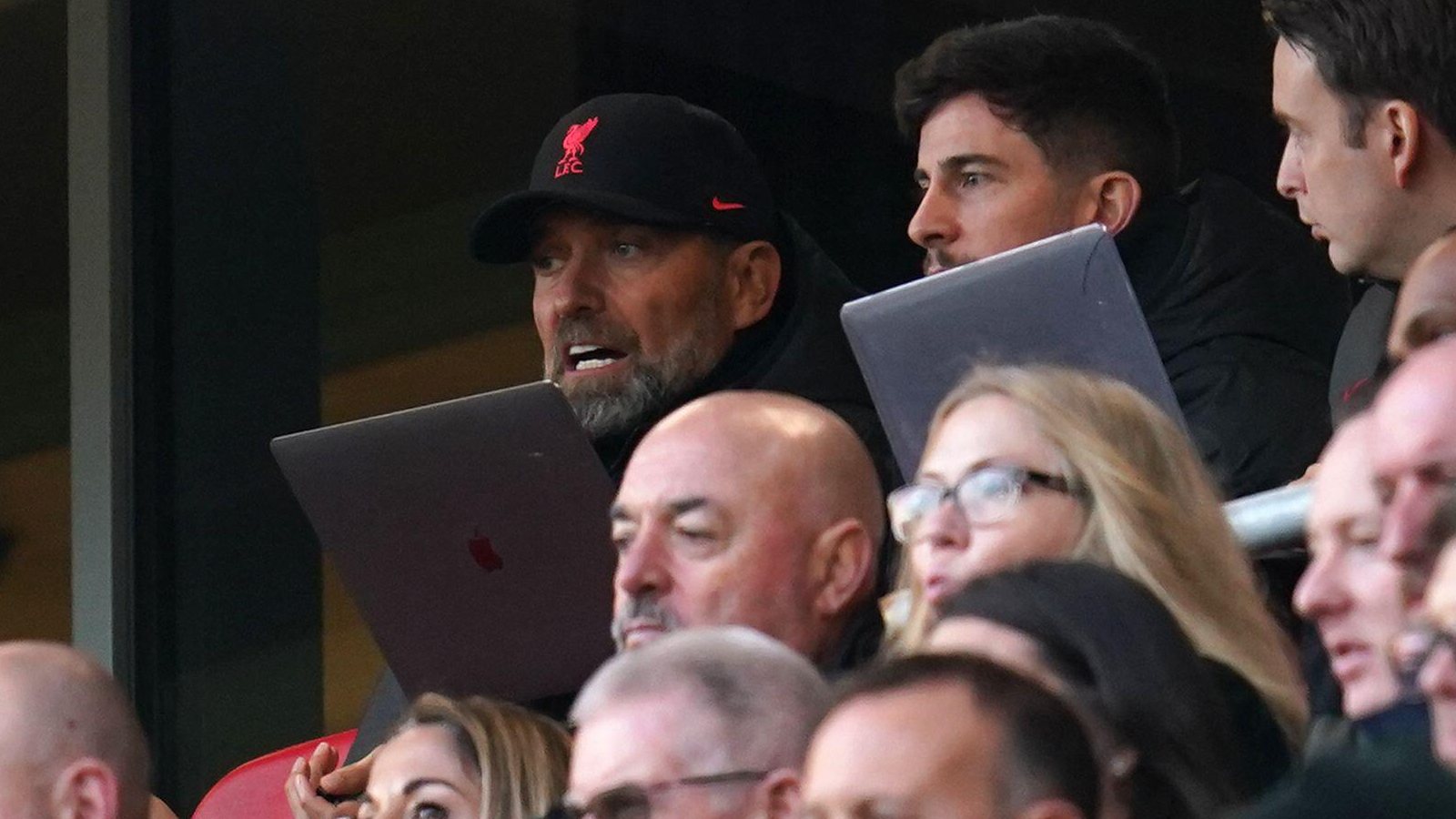 Losing their laptop gurus hints at deeper problems at Liverpool 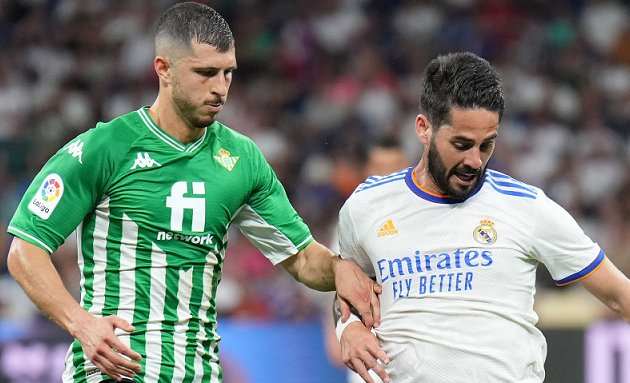 Tribal FootballReal Betis are ready to sell Guido Rodriguez in 2023. With his contract having just over 18 months to run, Mundo Deportivo says Betis management have made a sale decision for the Argentina international. Upon… 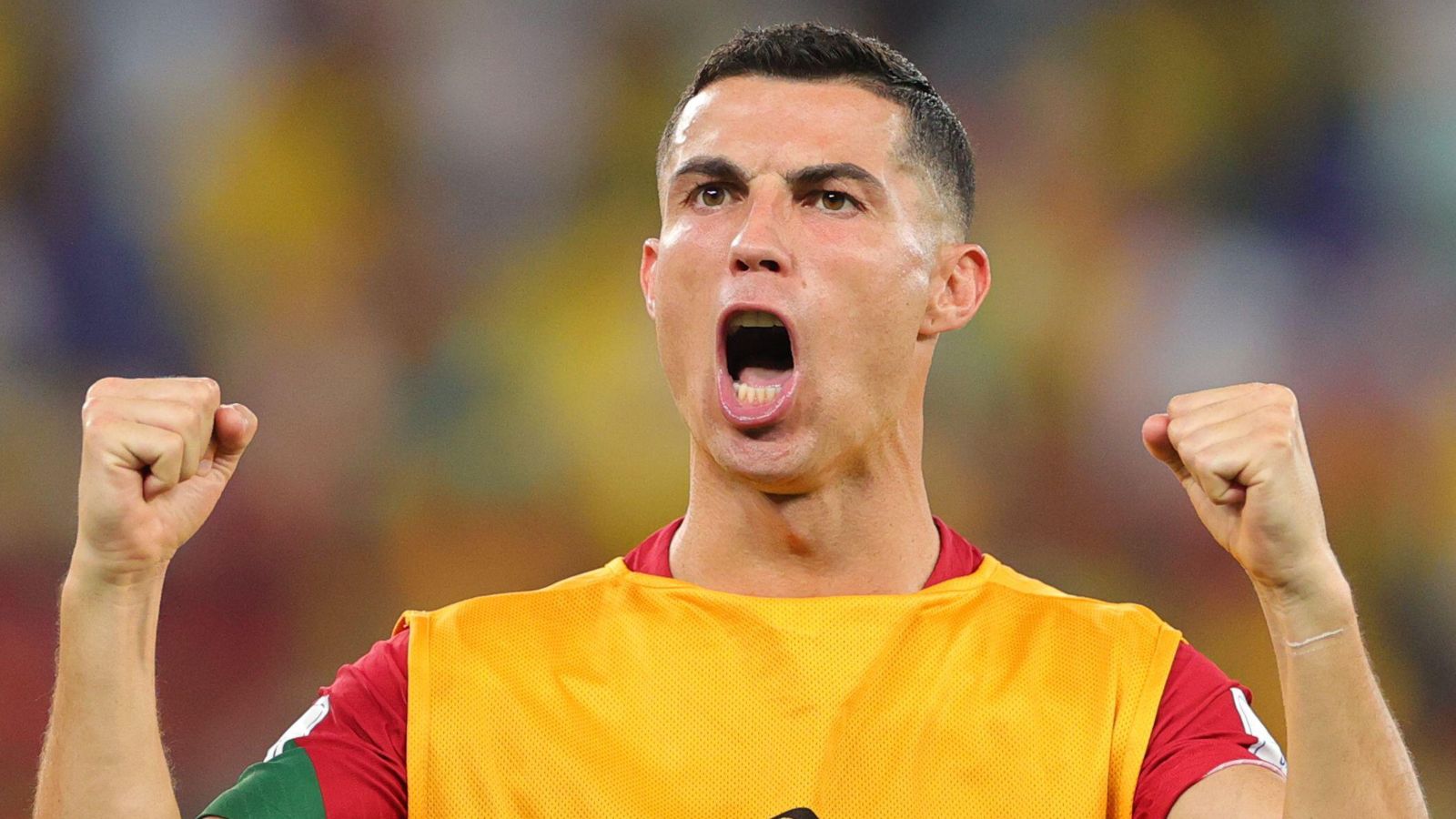 Football 365Cristiano Ronaldo has FINALLY spoken out about his situation with Man Utd, while there is debate over the message Harry Kane has sent to FIFA.   Silence treatment Even in the intense grip of a mid-season…