Brazil is renowned for producing excellent players – and the Premier League has benefitted from more and more of them in recent years.

English sides spent around £350million on Brazilians during the 2022 summer transfer window alone, and with several high-profile Samba Boys already on these shores, the national team could easily pick a team from England alone.

We’ve compiled a brilliant XI of Brazilian players that are currently in the Premier League, arranged in a 4-3-3 formation.

Admittedly, we were spoilt for choice when picking a goalkeeper for this team.

Liverpool’s Alisson and Manchester City’s Ederson have established themselves as two of the best goalkeepers in the world, helping their sides dominate in the Premier League.

The two have long since been battling it out to be Brazil’s No.1, but Alisson is preferred by manager Tite and we’re going to agree with him.

While Fabinho has spent the majority of his Liverpool career in midfield, he initially played as a right-back at Monaco before Leonardo Jardim changed his role.

The 29-year-old showcased his versatility during Liverpool’s defensive injury crisis in 2020-21 and would be an excellent full-back in this team.

After spending eight years at PSG, Silva joined Chelsea in 2020 as a 35-year-old free agent amid doubts from some whether he could make an impact on the Premier League.

He’s since silenced those critics and has acted as an authoritative and calming presence at the heart of the Blues’ back three under Thomas Tuchel. Despite his advancing years, the centre-back has shown little sign of slowing down.

If anything, he is only improving the older he gets and remains trusted under his successor Graham Potter.

“He is the Benjamin Button of football,” Tuchel said. “I know how much work, how much professional attitude is behind that.

“It is a miracle in a way because with this league, this schedule, this intensity of a daily business at the very end of his career, it was a very brave decision for him but I know how much effort he puts in to stay fit.”

Superb stuff from Thiago Silva to give Chelsea the lead at half-time! ❌💪 pic.twitter.com/Q43Nfitgs8

Having watched the likes of David Luiz and Andre Santos play for their club, Arsenal fans were probably a bit nervous when they signed another Brazilian defender in the summer of 2020.

But Gabriel has been brilliant for the Gunners, establishing himself as one of the first names on the team sheet and helping shore up their leaky defence.

His performances reportedly attracted interest from Juventus and Barcelona, but he remained at the Emirates and has now formed a hugely promising centre-back partnership with William Saliba.

One of 234 signings that Nottingham Forest made in the summer, Lodi will be hoping not to be tainted by the Tricky Trees’ troubles during his season-long loan deal.

He has spent the last three seasons at Atletico Madrid and was a key player for Diego Simeone’s side during their title-winning 2020-21 campaign.

The full-back also made six appearances against Premier League sides last season and even scored at Old Trafford, helping knock Manchester United out of the Champions League.

While Brazilian midfielders are usually renowned for their flair and elegance, Casemiro loves doing the dirty work and is perfectly suited to English football.

He’s left Real Madrid for Manchester United and arrives at Old Trafford with some serious pedigree, having won three La Liga titles, five Champions Leagues and a Copa del Rey during his nine years in Spain.

“You’ve been the best bodyguard in the world,” Luka Modric said following his departure. “I’m going to miss you, but I wish you the best. It’s what a professional and a person like you deserves.”

Despite being heavily linked with Arsenal and Juventus, Guimaraes decided to sign up to the Newcastle United revolution in January 2022.

The midfielder has already managed to justify the £33million transfer fee, helping Newcastle go from relegation contenders to one of the Premier League’s most impressive sides.

He’s become a firm fans’ favourite at St James’ Park and has also built up a brilliant relationship with fellow Brazilian Joelinton.

Paqueta played alongside Guimaraes at Lyon and has since got his own big-money move to the Premier League, joining West Ham United in a deal worth a potential £51million.

The 25-year-old, who possesses exceptional technique and has a real eye for goal, has taken Philippe Coutinho’s place in the Brazil team.

“He’d be a wonderful asset to West Ham and to the Premier League because he has real left-footed class. He is an elegant attacking midfielder. He’s so versatile. I’ve seen him playing for Brazil and fill three different positions in the same game reasonably well.”

After Raphinha decided to leave Leeds United for Barcelona in the summer, his place in this XI has been taken by Antony.

The 22-year-old came through the academy at Sao Paulo and then developed into one of the most exciting young forwards in Europe during his time at Ajax.

Manchester United agreed to pay £85million for the winger, who has been compared to Neymar due to his flair and flamboyancy. Let’s see if he can match his success… 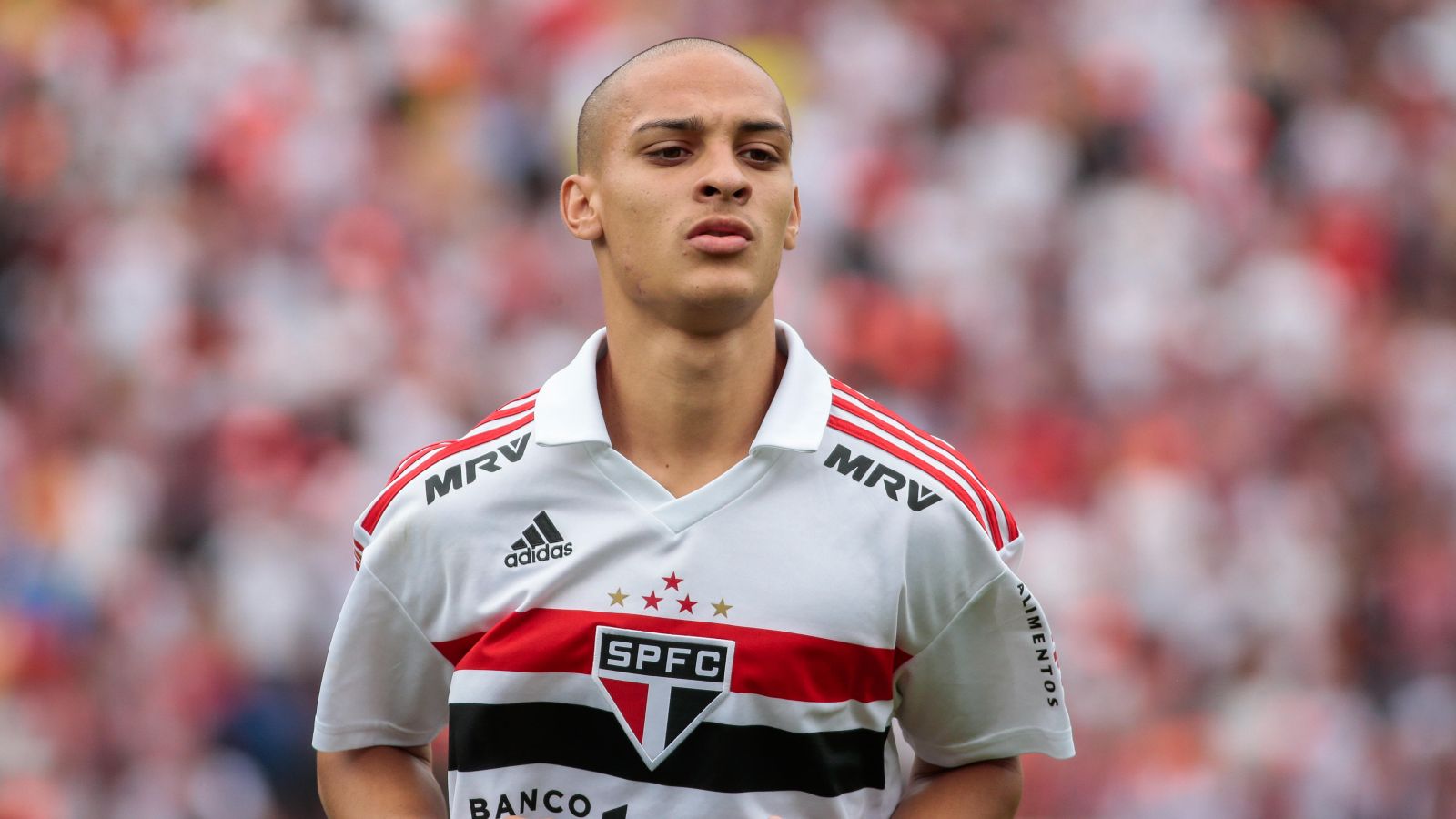 READ: The day Man Utd’s Antony showed he was destined to be a superstar